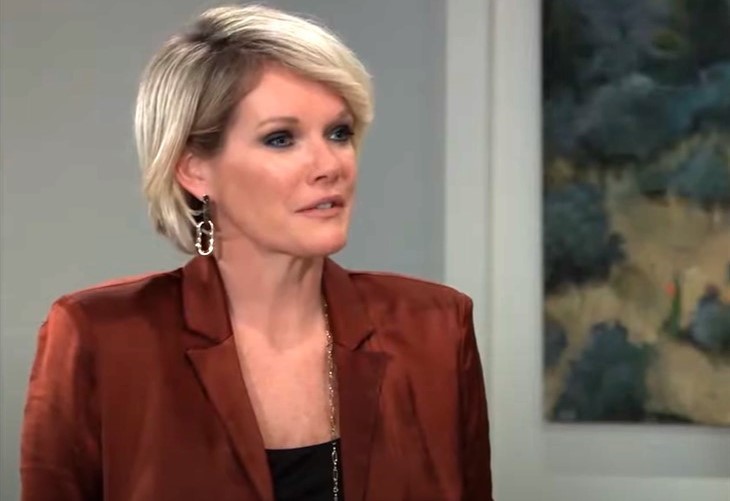 General Hospital spoilers and updates tease that Ava Jerome is leaving Port Charles. Now, fans are worried if her portrayer, Maura West, is leaving the daytime soap for good.

Valentini tweeted, “Ava’s days are numbered in Port Charles – what will her last days be like? Find out on an all-new #GH?

In his tweet, it seems like the actress is leaving for good. However, there’s no official statement that the actress is exiting the show permanently. Even so, fans are still worried. One fan hoped that Valentini’s tweet was just a figure of speech. One even said that they’ll be devastated if Ava leaves, given that they’re still reeling from the loss of Julian.

Some asked if Valentini was joking and if Ava was indeed leaving, it better be temporary. Others threatened to stop watching the show if Ava is killed off or gone permanently. They all love Ava that’s why they don’t want her to go anywhere.

Fans may recall that in a previous episode Ava has asked Carly Corinthos (Laura Wright) to watch over Avery (Ava and Grace Scarola). In the week of September, Ava will also hire Kristina Corinthos-Davis (Lexi Ainsworth) to manage Charlie’s Pub while she’s out of the country. Is the character’s departure part of the soap’s recent cast shakeups?

Viewers may have noticed characters return or leave and new hires introduced in the soap. Briana Nicole Henry left the show and she was written out when her character was sent to Albany to receive treatment in a specialty clinic. It was Henry’s decision to leave and since her alter ego wasn’t killed off, a Jordan recast may be possible in the future.

Speaking of being killed off, Rif Hutton’s alter ego, Lenny Caulfield, passed away at the Tan-O. Now that he’s gone and the bar was set ablaze, Phyllis Caulfield (Joyce Guy) may also decide to leave Nixon Falls for good.

Meanwhile, Robert Scorpio (Tristan Rogers) teased that he’ll be returning to the show soon. Genie Francis is also set to reprise her role as Laura Collins this fall.