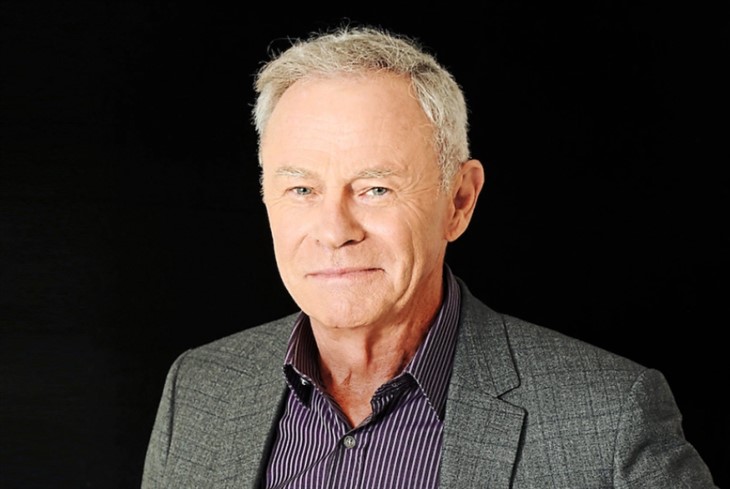 General Hospital spoilers and updates say that Tristan Rogers (Robert Scorpio) is about to hit a major milestone in Port Charles, NY and it’s definitely a very impressive one. The talented actor first made his debut as his character Robert Scorpio back on December 3, 1980, which means that he’s been with the show for 40 years now. Talk about an accomplishment! Here’s what Tristan has to say.

Speaking to Soap Opera Digest in a new interview, the actor says that he remembers his first day on the job like it was yesterday. Before he became a daytime television actor, Tristan was a builder’s laborer in his native Australia. In Los Angeles, he worked as a gym instructor for a while before he got his big break on General Hospital in what was only supposed to be a two-day role.

According to Tristan, his first week on the job was nothing spectacular, but he knew that he was joining one of the hottest shows on television. It didn’t take very long for the producers of the show to see the potential in Tristan’s character and bring him on full-time. One of his biggest storylines during those first few years was the Princess adventure on Cassadine Island.

Tristan recalled, “I remember the craziness of it and the intensity of it. Living in L.A., everyone is celebrity-blasé, but when you left town, then you really understood how crazy it was. Going to New York, Philly, Boston, Detroit, and of those places, it was really crazy town. You needed to be looked after, you couldn’t just go for a stroll or into a bar or a restaurant. I’d have my meals from room service because going out wasn’t much of an option unless you wanted to get mauled.”

GH News – Tristan Rogers Will Always Be A Fan Favorite

With that said, General Hospital fans are certainly appreciative of Tristan these days the same way they were nearly four decades ago. Plus, the fact that he’s stayed on for so long is a testament to not only his talent but also that he was and will always be a fan favorite for General Hospital fans and viewers. Do you agree?

The Young and the Restless Spoilers: Will Chance And Abby’s Wedding Go Off Without A Hitch?