GH Spoilers: Britt And Jason Try To Rekindle Their Romance! 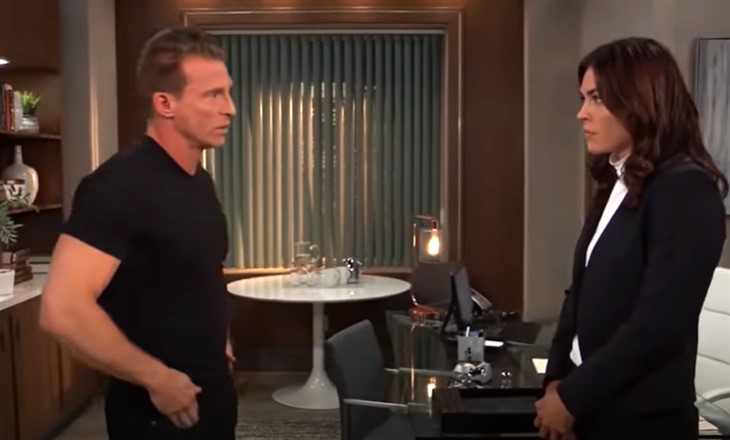 General Hospital Spoilers tease that Jason Morgan (Steve Burton) has a lot to answer for when it comes to how he treated Dr. Britt Westbourne (Kelly Thiebaud). Britt and Jason were just beginning to explore their feelings for each other after the time they spent together on the run when Jason’s responsibilities to the Corinthos Organization, and more specifically to Carly Corinthos (Laura Wright), seemingly tanked any future the two might have had.

In order to secure their place with the Five Families, Jason had no choice but to marry Carly. In the process, Carly and Jason’s old feelings began to resurface. If Sonny Corinthos (Maurice Bernard) hadn’t come back when he did, Jason and Carly would have made love on their wedding night. Of course, with Sonny’s return, things would slowly go back to normal between Jason and Carly. To that end, Carly even visited with Britt to plead Jason’s case. But Britt was having no part of it. Britt correctly knew that no matter what, she would always come in second to Carly.

But that was before Britt’s mother Dr. Leisl Obrecht (Kathleen Gati) was mysteriously kidnapped right from her airplane. Knowing it was more than she could handle herself, Britt put her pride aside and reached out to Jason. Jason had already offered Britt his assistance, so he responded quickly when Britt requested his help. After getting the full story from Britt, they determined the best course of action would be to go to the scene of the crime.

As they travel overseas to discover Obrecht’s whereabouts, it seems quite possible that Britt may finally be willing to give Jason a second chance. He may not deserve it, but Britt will realize that Carly is back with Sonny now, and can’t come between them again. It seems that Jason’s feelings for Britt haven’t changed and if they are successful in their mission and bring O’Brecht home, a renewed romance may just be in the offing for Britt and Jason!

Is it too late for Jason and Britt? Or could a full blown romance between them finally be happening? And how will Carly feel if Britt and Jason do get together? Anything can happen in Port Charles, so stay tuned to General Hospital airing weekdays on ABC. And don’t forget to check back right here regularly for all your General Hospital news information and spoilers!

Days Of Our Lives (DOOL) Spoilers: John Thinks The Devil May Be Back In Marlena