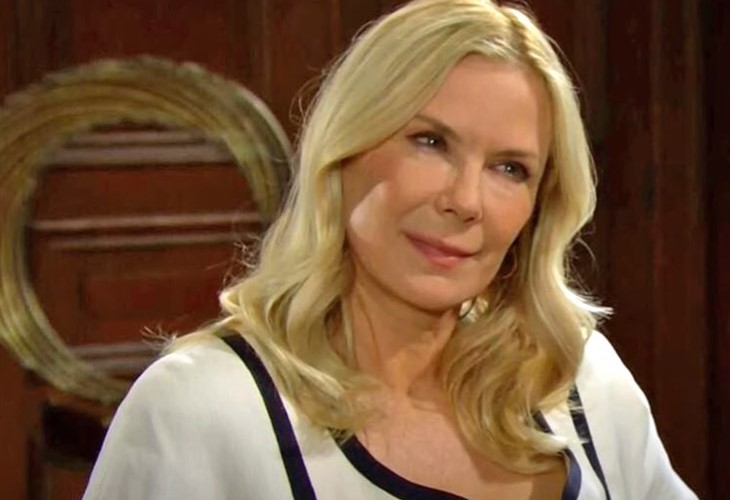 Brooke Logan has been a part of The Bold and the Beautiful for several decades and fans have grown to either love her or hate her.

The complicated character has always followed her heart when looking for love but, having failed to love herself first has made numerous mistakes when it comes to men and has had her share of feuds with other rivals on the show. After being on the show for so long, many may wonder: How old is Brooke on the Bold and the Beautiful?

Brooke Logan, from The Bold and the Beautiful, is portrayed by Katherine Kelly Lang who also appeared as Brooke on The Young and the Restless in 1999.

Logan made her acting debut in a 1979 film with Scott Baio and Patrick Swayze called Skatetown USA. She was offered the role of Brook Logan on the Bold and the Beautiful in 1987 and has filled that role ever since.

She is the oldest daughter of Stephen Logan and Beth Henderson, the younger sister of Storm Logan, and the elder sister of Donna and Katie Logan.

Having been a character on the show for more than three decades, the complicated Bold and the Beautiful character has had a lion’s share of controversy over the years.

After having been married five times with five children, she’s been unfaithful, on numerous occasions, to multiple partners.

She even slept with her daughter Bridget’s husband and conceived a child from that strange affair.

Besides being unfaithful on numerous occasions, with numerous partners, the long-time character even kidnapped her own children, Rick and Bridget Forrester in 1996.

The B&B star has repeatedly manipulated and abused her children as well as her own siblings.

So, it can be said that, in her 34 years on The Bold and the Beautiful, the 61-year-old Brooke Logan has been a continual fount of drama and intrigue.

Want more Bold and the Beautiful? Tune to CBS Mondays and Tuesdays at 12:30 PM Central.