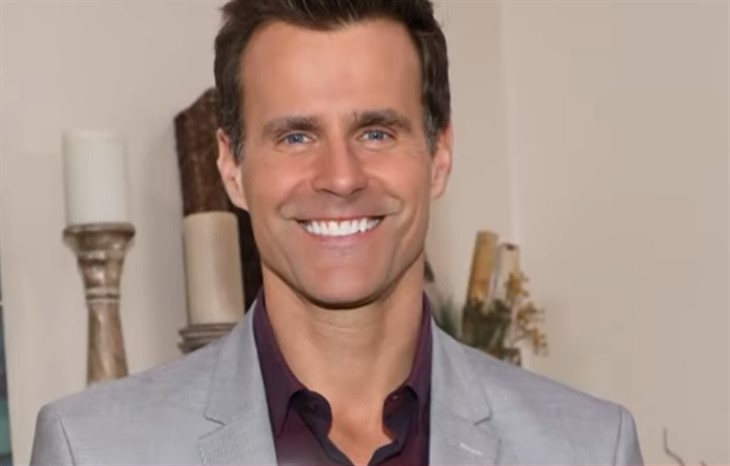 The General Hospital rumor mill has it on good authority that when Cameron Mathison appears on GH later this summer that he will be playing Drew Cain, Jason’s not-so-identical twin who was allegedly killed in a plane crash over Afghanistan two years ago, thanks to Peter August.

Apparently, Mathison was asked to grow a beard for the role, which he has been showing off on Instagram Stories as he heads to work at ABC’s Prospect Studios.

If the rumors are true that he will be playing Drew Cain, then his presence is definitely needed in town. It looks like Austin (Roger Howarth) is a long-lost Quartermaine, so bringing on another Q will help round out a family that seems to be growing again. It would also be interesting to see Howarth’s dynamic with a brand-new Drew Cain since Howarth is no longer playing Drew’s best buddy and practical brother, Franco. Besides, Mathison actually looks like he could be Jason Morgan’s brother since they have a similar build and are of a similar age. This can be a win-win for stories that make sense.

And Sam’s (Kelly Monaco) little friendship with Dante (Dominic Zamprogna) seems to be going nowhere fast, so Drew’s presence can liven Sam’s life up a little, especially since he is the father of her daughter and she left Drew for the danger of Jason and the mob and then decided she didn’t want Jason (Steve Burton) and the mob. Their media company still exists and perhaps it can become part of ELQ and they can run it together.

GH Spoilers – What About Rebecca Budig?

General Hospital also seems poised to bring Rebecca Budig back as Hayden and Budig and Mathison had chemistry to spare way back in the day as Ryan and Greenlee on All My Children. With Mathison and Drew on the canvas, there are so many ways to mix and match characters that it can become an embarrassment of riches.

Plus, there is so much that Hayden can do to other stories considering her daughter is in town, her daughter’s husband is sing;e. and she might really want to stick it to Nikolas for sticking it to her and running her out of town. Might Drew help her? Stay tuned to General Hospital weekdays to see when Cameron Mathison debuts.