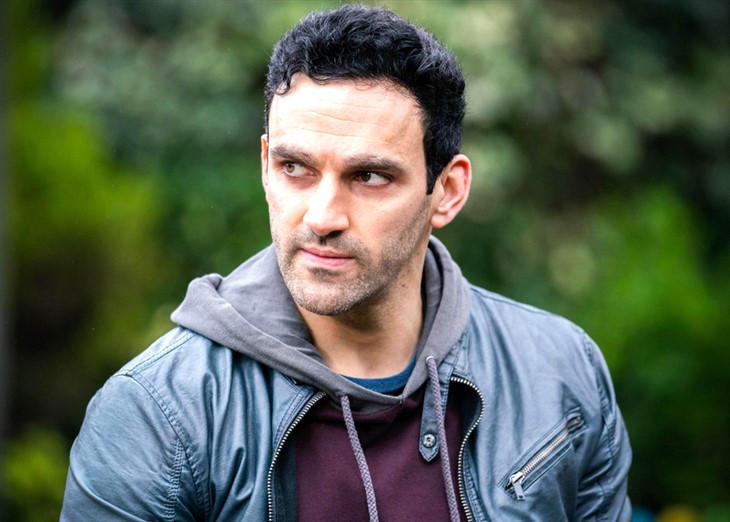 EastEnders fans saw that Davood Ghadami who played the role of Kush Kazemi left the show in a rather grisly scene involving a train. Well, he left the show, but he didn’t go very far. After all, he landed a role in Holby City and both shows film at Elstree Studios. This week, he talked about his exit from the show and where he is right now. Holby City premieres on July 27, and fans who miss “Kush” can see Davood play the role of a cardio surgeon, Eli Ebrahimi,

Davood Ghadami landed up in a terribly difficult situation on EastEnders. Recall, he faced a long time in prison. Fans know that Kush kidnapped Arthur Fowler and started acting way out of character. Plus, Kush threatened Stacey Slater, telling her to write off seeing her son if she ever told the police. It all started rather sadly during the lockdowns when Kushs became a gambling addict. One thing led to another, and eventually, he ended up murdered.

EastEnders fans felt a bit shocked by the violent death that Kush Kazemi suffered. Gray Atkins shoved him into the path of a train on the Tube. He and his fiance, Whitney Dean were on the way to Dubai at the time. Well, it seemed like the motive was all about keeping Whitney close by. Naturally, who stepped up to offer a shoulder to cry on for Whitney? Of course, it was the devious and manipulative Gray. Well, fans felt sad and uncomfortable watching that episode. And now, Davood Ghadami revealed that he also felt some distress.

When  David watched the grisly end of Kush Kazemi, Digital Spy reported that he defiantly felt some emotions. He told the press that while it was hard to see, he also felt so out of everything. He noted, “When you watch it happen and then feel like you’re out of everything, it hits a little harder.” However, he at least found some solace in the fact that he started filming for Holby City the day before his death episode aired. So, at least that gave him something else to think about.

The EastEnders star also made the transition to Holby City a bit easier than he expected. He explained that he still sees the old cast and crew all the time. That’s because they all film at the same studio. Comforted by that, he added, “I will miss Kush dearly, but I get to see these people I work with all the time! We will sit and chat about EE and Holby, and we chat about where Holby’s going, it’s nice to be a part of the buzz.” 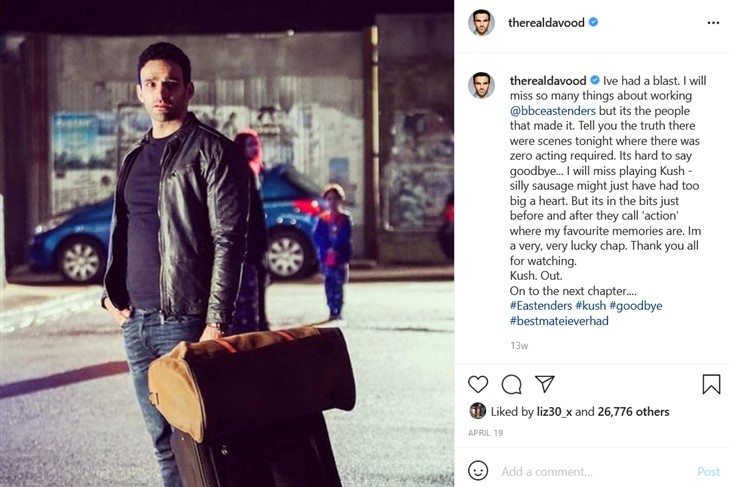 On Monday this week, Davood Ghadami posted about Holby City on his Instagram. He captioned a photo of the screen with, “Eli’s happy place! Catch him next week on @bbcholbycity.” His fans reacted, and one of them wrote, “I’m glad you got another role after EastEnders, definitely miss Kush Kazemi a lot. Good luck for the future projects ❤️.”

Remember to check back with us often for more news and updates about the cast of EastEnders on BBC One.

General Hospital Spoilers – Brando Corbin May Have Just Made A Fatal Mistake!