General Hospital (GH) Spoilers: The Truth About Peter August Is About To Explode! 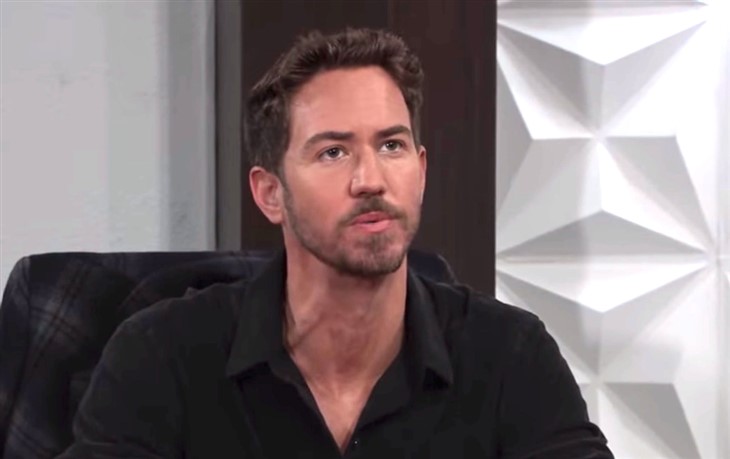 General Hospital viewers will recall that Valentin Cassadine (James Patrick Stuart) and Anna Devane (Finola Hughes) traveled to New York City and Ryan’s Bar to hunt down the medevac helicopter pilot that was going to pick up Peter from the roof of General Hospital. They found David Hopkins (Robert Leeshock) and Anna sweet-talked him out of some important information until he started becoming suspicious. She found out, with Valentin sitting at a table close by monitoring them, that he was the brother of Marie Hopkins aka Fake Chloe (Kimberly J. Brown) and mourning the death of his little sister. Anna acknowledged she’d recently lost her sister as well, trying to build confidence by focusing on things in common.

Hopkins realized maybe he’d said too much when he suddenly wanted to know who Anna was and why she was asking questions, and appeared menacing as he stood up. Valentin quickly handled the situation by pushing him down on the bar. Anna questions him about what happened to Peter and what happened to the baby, Louise Jones (Harper and Scarlett Bloom). It was clear that Peter had deceived Hopkins, he thought he and his sister were helping retrieve a baby in a parental kidnapping! Hopkins confirmed he wasn’t able to pick Peter up because conditions weren’t safe to land the chopper. Hopkins will describe a fight on the rooftop he observed between his would-be passenger and another man, and Anna will suspect by the description that her ex-fiancé Dr. Hamilton Finn (Michael Easton) was the other man on the roof. Later in the week on General Hospital she’ll be asking Finn some hard questions, although she knew he was trying to get more antidote from Peter for his brother Detective Harrison Chase (Josh Swickard) who nearly died.

General Hospital viewers will also see that Anna and Valentin aren’t the only ones about to bust the Peter August secret wide open. Finn and Nurse Elizabeth Baldwin (Rebecca Herbst) are talking together about their Popsicle Peter dilemma while watching Violet Finn (Jophielle Love) in a t-ball game, and Jason Morgan (Steve Burton) happens to be nearby. Chances are, he may be there for the same reason with possibly Danny Morgan (Porter Fasullo) in a game with older children in the same park. But as he stands behind a nearby tree, he cannot help but overhear Liz and Finn’s conversation. General Hospital viewers will recall that Liz had suggested getting Jason to help dispose of Peter’s body, which currently is in a morgue freezer in the sub-basement of General Hospital, which is also Helena Cassadine’s (Constance Towers) old lab. Later this week Jason will confront Liz about exactly what it is that she had wanted his help with, and what she and Finn were talking about!

General Hospital viewers will recall that Maxie Jones (Kirsten Storms) had a sweet but scary moment when she and Brook Lynn Quartermaine, (Amanda Setton) pushing a baby carriage with “Bailey Lois Quartermaine” (Harper and Scarlett Bloom) in it so Maxie could have some time with Louise before leaving with her other two children to visit family in Texas. This absence could have been written in when Kirsten Storms had a short medical leave recently. But their meeting was interrupted by Dr. Austin Gatlin-Holt (Roger Howarth) who delivered her baby out in the woods near Pautauk, New York and now lives in Port Charles and works at General Hospital. After Brook Lynn got rid of her newfound second cousin and he had caught up with Maxie, the two women finally got a chance to be alone and Maxie cuddled her little one in a closed examining room. Brook Lynn had to calm Maxie down and reassure her if Austin was going to recognize her and put two and two together and come up with Bailey equals Louise, he’d have done so by now.

The Bold And The Beautiful (B&B) Spoilers: Quinn And Carter Put To The Test – Paris’ New Life

Days Of Our Lives (DOOL) Spoilers: Ciara Is About To Make The Biggest Mistake Of Her Life