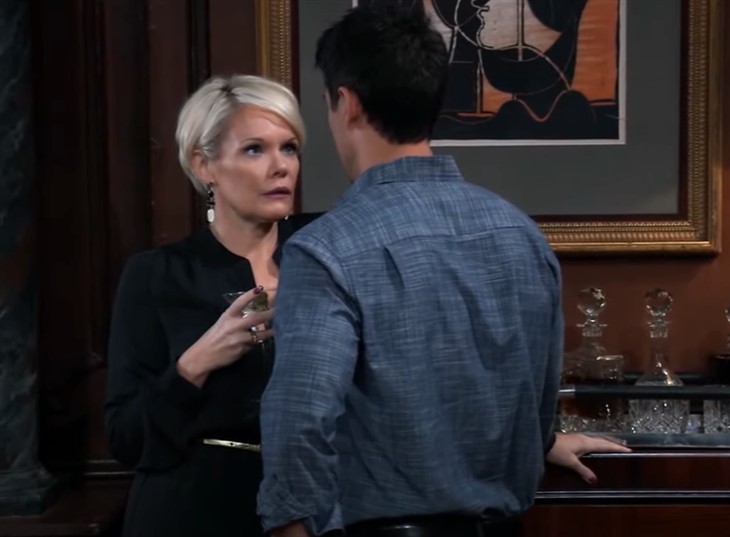 General Hospital (GH) spoilers tease that Ava and Nikolas Cassadine (Maura West, Marcus Coloma) will take notice as more bizarre gifts arrive for their celebration of making their marriage a real one. They will decide to take action to find out who is sending them in upcoming episodes of General Hospital!

Nikolas and Ava will note that the gifts will become more morbid, and more threatening and they will be moved to take action to find out who is sending them and to put a stop to it. Even though their prime suspect will be Ryan Chamberlain, he is still medically deemed to be in locked-in syndrome, meaning although he can think and plan, physically he is totally paralyzed.

General Hospital viewers know he is faking, however, because after the last time Ava gave him the fingernail test and drew blood, as he was being wheeled away from his hospital room in General Hospital to be taken back to Pentonville, he smirked! Likely, the person trying to intimidate the couple will send bizarre poetry also like he or she did the first time.

Everything seems to take them back to Ryan – but how could it be him? He definitely would be upset that Ava has rejected him for Nikolas, and he is definitely capable of bizarre, morbid poetry that doesn’t rhyme! Nikolas considers calling the PCPD but who would believe him?

General Hospital spoilers show Ryan has a definite diagnosis, and there is no cure. They don’t even have him in maximum security at Pentonville, and no one was even guarding him in his room at General Hospital. As far as the police would be concerned, Ryan is already in the prison that is his body! Why even put him in handcuffs and shackles? Ava has to admit that if Ryan IS faking, he has the perfect cover and could come and go as he pleases – nobody’s watching!

GH spoilers and recaps show Ava wasn’t squeamish about the dead cockroach, but then as a former mafia princess she’s seen much worse! She and Nikolas continue to look at the clues – this person is not a stranger. Whoever it was knew that they would be having dinner that night that the cockroach and the strange message was delivered, and they knew where they were having dinner!

They had already talked about if it could be someone who works for the restaurant, but didn’t find anyone who could have that kind of a grudge against them. No one knew either one of them that well, and there weren’t even any employees that Ava recognized that could have been visiting her gallery!

According to GH spoilers and recaps, Franco Baldwin’s (Roger Howarth) memorial service was private, and by invitation only – besides, these “gifts” started coming before Franco died. Nikolas and Ava can rule out Franco-haters as the mystery “gifters”. The “gifts” and the messages keep coming, and they get more morbid and bizarre.

At least Ryan didn’t cut off his other hand and send it, but Nikolas decides that they need to get a professional involved in solving this mystery-perhaps he will see if his cousin Sam McCall (Kelly Monaco) has time to help them!