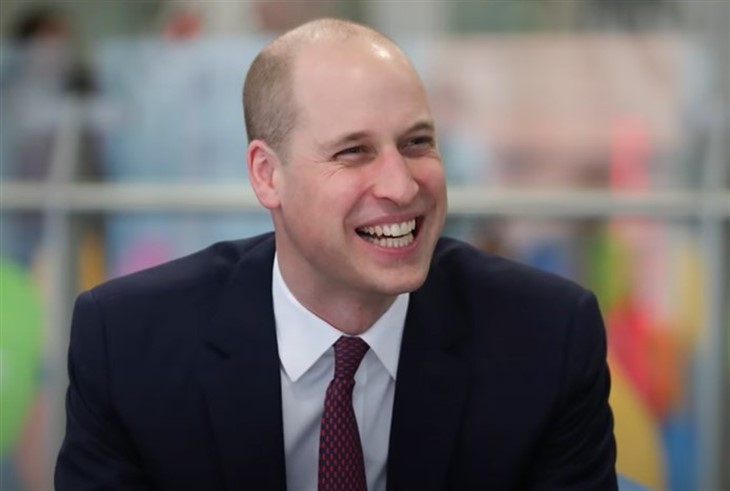 Who’s been on the internet lately and haven’t heard about the crowning of Prince William as the world’s sexiest bald man? If you haven’t, you should definitely make sure you’re using the right socials. He may be crowned by some cosmetics company no one cares about, but people are refuting the title. Believe me it’s the war of the worlds that’s currently waging in the name of all that is sexy and right, and bald.

The Duke of Cambridge is not a stranger to grand, popular, and important titles, but his new title, as suiting as it may be, comes with some, never mind, a lot of controversies. He beat Mike Tyson? Okay. He beat Jason Statham? Weird, but okay. He beat Dwayne “the Rock” Johnson. What?!?

According to reports, the result was reached following a survey of how many times the word “sexy”, “hot”, or “attractive” was mentioned by blogs across the internet in relation to a living bald man. Prince William, 38, easily swooped up the title with 17.6 million times of being described as sexy in Google searches.

The youngest ever heavyweight champion in boxing, Mike Tyson, 54, came in second with 8.8 million mentions in the internet, and the 53-year-old Fast and Furious star Jason Statham placed third with the number 7.4 million.

It should also be said that the Russian president Vladimir Putin barely missed out of the top ten with 2.2 million results.

A lot of people are outraged, some think it’s funny, while there are some that really believe that the title is deserving. Dwayne Johnson, who missed out a spot in the top 5, despite being formerly classified as one of the world’s sexiest men, voted for Larry David to take the crown. I can’t say if anyone agrees with him on that.

The one thing that I did really notice is that the list is biased, how come three of Fast and Furious’ characters made it to the top ten? Someone really needs to have a talk with the casting director of that movie.

“There are quite a few bald public figures we can feast our eyes on,” a spokesperson for Longevita, the cosmetic surgery specialists, said, according to the outlet.

Reaction To The Polling Data

You know that funny little phrase ‘beauty is in the eyes of the beholder’? Yeah, it’s proving its meaning right now. The internet is a funny place, so usually when a polling of this sort appears, all you can really do is to sit back and watch the fun unroll or join in the argument.

While a lot of people are voting for one bald headed guy that loves to make cocktails, I believe they call him Stanley Tucci, as the rightful owner of the title, the rest of the nominated men are somewhat askew. Names have been popping up left and right, with their nominators claiming that they are the world’s sexiest man alive.

“I love that Stanley Tucci is trending because someone claimed Prince William was the sexiest bald man,” one person wrote.

Someone else, possibly a Potterhead, decided to turn the whole thing into a comedy with the words: “BREAKING NEWS: His Royal Highness Prince William, Duke of Cambridge beats His Grace The Lord Voldemort as the “Sexiest Bald Man Alive” according to a recent poll.

It was a tight race, but Prince William managed to win thanks to his still-intact-nose. Congratulations!”

I did gain one good thing from this whole drama, and that is that I previously wasn’t aware of how many hot and sexy bald men we’ve got. Now I do, and it’s in the hundreds, and I nominate them all.