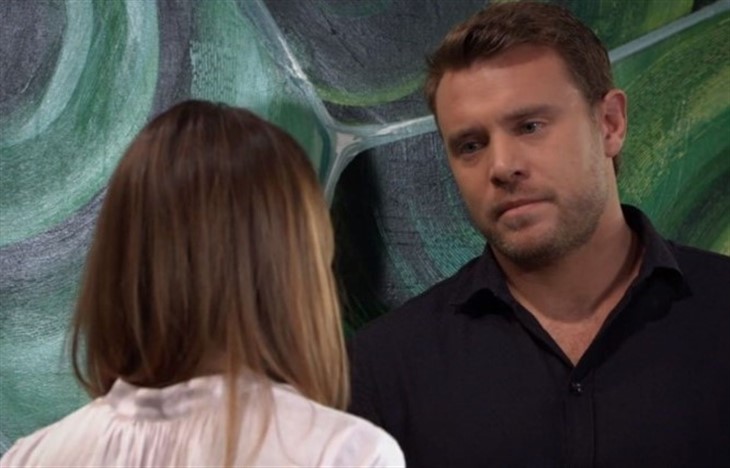 General Hospital (GH) spoilers and rumors tease that Drew Cain (formerly Billy Miller) and Margaux Dawson (formerly Elizabeth Hendrickson) will be returning as recasts, according to a possible insider leak, in future episodes of General Hospital.

General Hospital viewers will recall that Margaux basically left Port Charles with her tail tucked between her legs, having sought to take down Sonny Corinthos (Maurice Benard) who of course now is presumed dead but is in Nixon Falls, Pennsylvania with amnesia.

Sonny averted his possible conviction as the murderer of her late father after Sam McCall (Kelly Monaco) and Damian Spinelli (Bradford Anderson) retrieved love letters between her mother, Jeanette Marino (Ely Pouget) and Joe Scully, Sr. (Robert Miano) which proved they were having an affair and her mother had Scully put a hit out on her father. Vincent Marino (Rick Pasqualone) is buried in a wall underneath Charlie’s Pub.

General Hospital spoilers show Margaux’s whole childhood was revealed to be a lie, and she left Port Charles a broken woman, after having had a brief romance with Drew Cain. Margaux had found the flash drive with Drew’s memories on it in the Metro Court floor after Liesl Obrecht (Kathleen Gati) had dragged an unconscious Peter August (Wes Ramsey) to a cabin in the woods, where she held him captive and tortured him for a period of time. Peter had the flash drive and it probably fell out of his pocket as she dragged him along. Margaux had tried to get Drew, to flip on Sonny previous to that, and he had refused.

General Hospital viewers will recall that Drew didn’t care to get his memories back, but later the flash drive fell into the hands of Shiloh Archer (Coby Ryan McLaughlin) who wanted to see if Drew’s memories could incriminate him in selling Drew to Peter, who was working for Helena Cassadine (Constance Towers) at the time. Shiloh later kidnapped Cameron Webber (William Lipton) and with Dr. Arthur Cabot (Time Winters) had planned to transfer Drew’s memories into Cameron, but Franco Baldwin (Roger Howarth) jumped in and took his place.

According to General Hospital recaps, Shiloh was taken down and killed and his cult dissolved, but Peter still saw Drew as a threat and had his plane sabotaged on the way to Afghanistan and he has been presumed dead ever since. The possible leak implies Margaux may be returning with Drew, and this could be to make sure Peter comes to justice.

As General Hospital viewers will recall, Drew and Franco were foster brothers, and it was “Andy” speaking through Franco with Drew’s memories who left Franco the message about Peter August that led to Peter’s murder of Franco. Drew has not been seen or heard of in a couple of years, and it is possible that Margaux may be the one who discovers him and recognizes him and brings him home.

He could be either in a coma or amnesiac state somewhere in the Middle East and if Margaux doesn’t find him, he may also be held hostage somewhere – he could easily be in the same state his twin Jason Morgan (Steve Burton) was for five years. He could be incapacitated in a straitjacket in some DVX facility or in a hospital.

But when he awakes or regains his memory or escapes he will find out “Bobby” was murdered and that Jason was charged, and on the run. However, General Hospital spoilers for the month of May indicate that Peter will be Public Enemy Number One, and it may get back to Drew that Peter killed “Bobby!” Revenge, yes, Drew could want revenge – but he will want justice more, and that is where Margaux might come in!

The Young And The Restless (Y&R) Spoilers: Faith Collapses – Sharon And Nick Panic