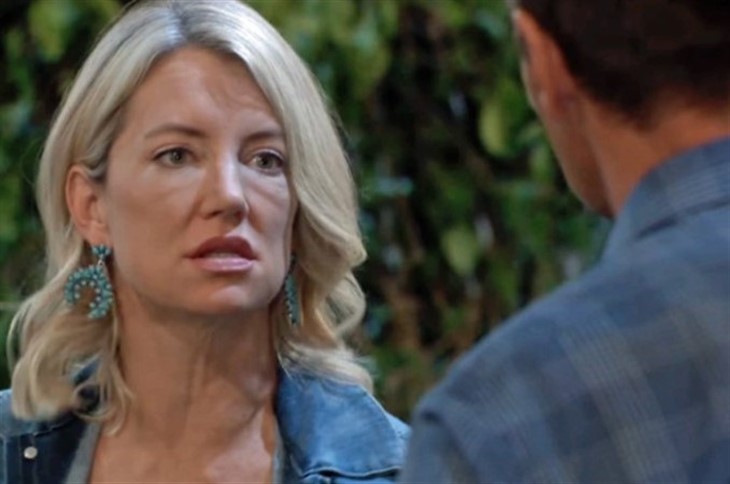 General Hospital viewers will recall that Nina has been becoming quite attached to this new version of Sonny, although she realizes some of the old Sonny is there. He doesn’t remember who he was or what he did and in a way, it’s like getting a brand new start. No one knows who he really is except her, including herself, and he remembers very little of his old life other than dreams of dancing with a tall blonde woman. He doesn’t remember being married, having a wife, or having any children. In a way, Nina would have almost preferred being like him for twenty years instead of being in a coma! Sonny retains some of his old instincts but he is much happier and Nina can tell. He’s relaxed, he’s funny, and he’s protective of her.

This Sonny would never side with Carly Corinthos (Laura Wright) against Nina like Jasper “Jax” Jacks (Ingo Rademacher) did, which is what made her give him the shaft for good. General Hospital viewers will recall that Nina regretted that Jax was shot, but he mended quickly and made his way back to Port Charles in one piece – and convinced by Nina herself that he had only hallucinated seeing Sonny Corinthos in Nixon Falls! She didn’t want Jax back but on the other hand, she certainly didn’t want him dead, and she wasn’t particularly impressed by his failed heroics although he did manage to knock his shooter out cold before his gun went off, hitting him in the shoulder! But Nina is very worried that although Jax may not remember hallucinating Sonny, he’ll remember where to find her and come again to try and get her back!

She would have poured the mother’s love and acceptance into that girl over and over until she thought Nelle might be feeling it – at least just a little, and hopefully learned to love herself in a real way and not a selfish, taking way. Nina, reflecting, realizes that her daughter may have had just a little too much of her own mother in herself but still believes she could have made a difference in Nelle’s life, hopefully for the good. But the one thing Nina is worried about is that Jax might get a clear memory of Sonny and tell Carly, and possibly the both of them may come and ruin her perfect life with a more perfect Sonny in Nixon Falls! “Mike” seems to be falling for Nina and the feeling appears to be mutual. Nina will try any desperate measure to keep someone from ruining all that!