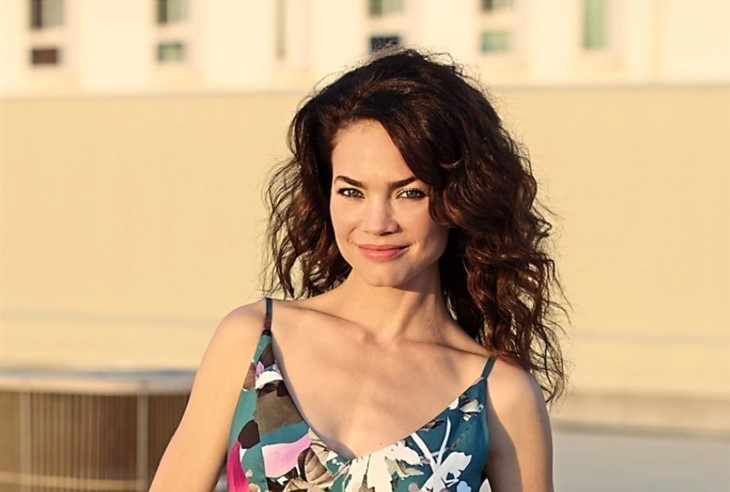 Rebecca Herbst, who portrays Elizabeth Webber on “General Hospital,” doesn’t post much on social media. But she broke her silence recently to deliver a special message on Twitter.

The actress, after nearly a two-year hiatus from social media, took to Twitter to thank everyone who greeted her a happy birthday. The actress said, “Yesterday was such a beautiful day!”

General Hospital  News – Rebecca Herbst Thanks Her Fans For The Greetings

THANK YOU for all your sweet birthday messages,” the actress said. Herbst also acknowledged her “Friz” and “Liason” fan bases for all their love and support. The “Friz” group roots for Franco Baldwin (Roger Howarth) and Elizabeth while the “Liason” group favors a Liz and Jason Morgan (Steve Burton) pairing.

The actress thanked both groups for reaching out and greeting on her special day.

“And #Friz donated $2500 to #SmileTrain…I felt very loved. I’m so grateful for each & every one of you,” she added. The donation meant a lot to Herbst since she holds this charity group close to her heart.

For those who didn’t know, Smile Train is a cleft charity that was founded back in 1999. Since its inception, the non-profit organization has helped over 1.5 million children with left clefts, trained several health professionals, and helped create programs in some of the poorest countries across the world.

General Hospital (GH) Spoilers: Can Cameron And Joss Help Save Each Other? https://t.co/KRWgLQaLvx pic.twitter.com/Ia98xP8tlV

General Hosptial Spoilers – For May 17

Herbst may not be posting much on social media but she’s been pretty busy portraying her character Elizabeth Webber on “General Hospital.”

Next week, spoilers reveal that Elizabeth is set to give a pep talk to Hamilton Finn (Michael Easton). She’ll encourage him to find a way to cure Harrison Chase (Josh Swickard). Finn will continue to worry about Chase’s condition since the effects of the antidote are just temporary. He knows he needs to find a way to fix Chase but he’ll grow even more frustrated because he just can’t seem to find the solution to the poison crisis.

Meanwhile, some unlucky person will get on her bad side and that individual will be at the receiving end of Elizabeth’s fury.

Elsewhere, Brando Corbin (Johnny Wactor) will force Sasha Gilmore (Sofia Mattsson) to spill the beans so he can help her. But Sasha will continue to keep her silence and not tell him that he’s going to be a father. Instead, Glady’s Corbin (Bonnie Burroughs) will congratulate Cyrus Renault (Jeff Kober), believing that he’s the one entering fatherhood.

The Bold And The Beautiful (B&B) Spoilers: Zoe And Carter Doomed