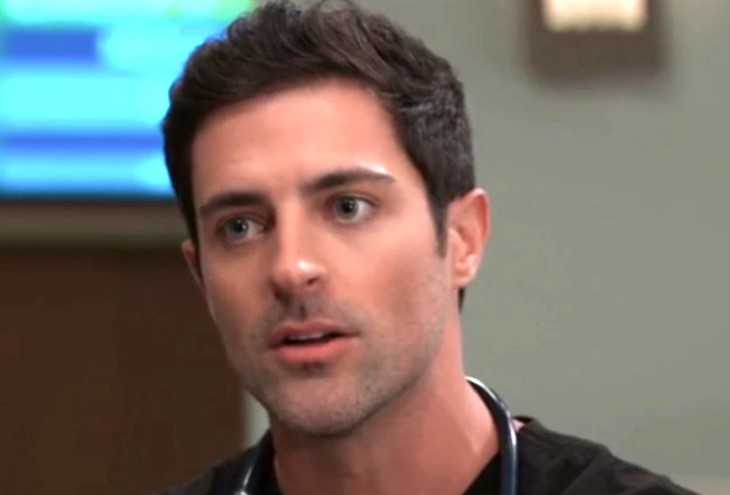 General Hospital (GH) spoilers tease that even as Brook Lynn Quartermaine (Amanda Setton) and Maxie Jones (Kirsten Storm) have agreed to help each other out with their crazy baby schemes, their only co-conspirator may not be around to help! As viewers know, Dr. Britt Westbourne (Kelly Thiebaud) and Maxie have been finalizing their plans to lie to everyone that Maxie’s baby died in childbirth. Britt was to be the doctor who performed the procedure and secretly give the baby to someone else to care for her temporarily. Unfortunately, Britt may find herself in no position to help anyone.

General Hospital Spoilers – Dr. Britt Westbourne will likely be running for her life with Jason Morgan!

Britt has been secretly helping Jason Morgan (Steve Burton) for months and unfortunately, Cyrus Renault (Jeff Kober) has finally taken notice of that fact. Now that he believes that Britt has betrayed him by siding with Jason, he’s likely already planning to have her killed. He likely won’t succeed, but Jason will realize that Britt will need to join him on the run. Regardless of exactly how it all goes down, it seems almost impossible that Britt will be able to perform Maxie’s childbirth! Brook Lynn will have an idea, but it will involve an old friend of both of theirs to tell a whopper of a lie!

Brook Lynn has already hinted to Dr. Lucas Jones (Matt Trudeau) that all isn’t as it seems with her pregnancy. Maxie and Brook Lynn will have to use all their persuasion skills but it seems likely that between the two of them, Lucas will reluctantly agree. But they are asking a lot because Lucas could easily lose his medical license for going along with this. But Lucas has been through quite a bit in the last couple of years, so maybe that will be a factor in convincing him to take Britt’s place. Whatever the reason, look for Maxie and Brook Lynn’s plans to go forward with or without Britt!

Brook Lynn has convinced Valentin Cassadine (James Patrick Stuart) to give her shares of ELQ back to her once the baby is born. That’s why Brook Lynn needs a baby to show to Valentin. So not only is she helping Maxie keep Peter August (Wes Ramsey away from his child and unable to corrupt her but she will also be getting ELQ back for her family, assuming everything goes to plan. Both Brook Lynn and Maxie are fully committed to this plan but there are plenty of ways this could go wrong? How do you think it will all turn out in the end.

Will Brook Lynn and Maxie need to find another doctor to help them? Will Dr. Lucas Jones put his entire career on the line in the name of his friendship with Maxie and Brook Lynn? Will Peter and Valentin both be fooled? How long will Maxie have to pretend to mourn a baby that is really alive and well? Babies are always a complication in Port Charles so stay tuned to General Hospital airing weekdays on ABC. And don’t forget to check back right here regularly for all your General Hospital news, information, and spoilers!