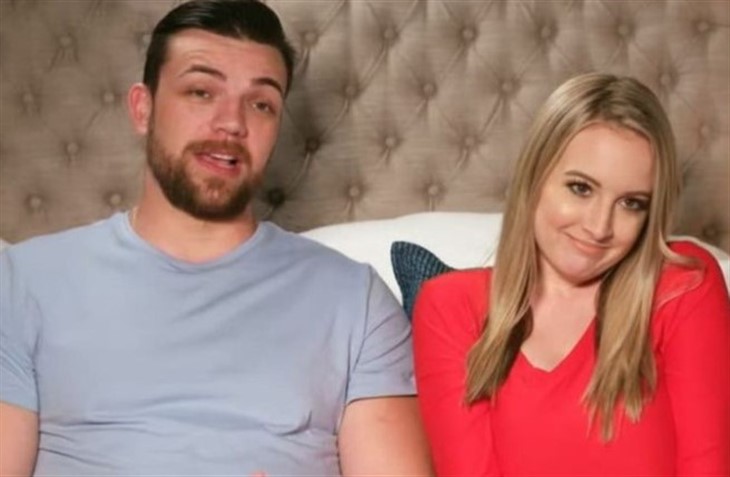 90 Day Fiancé: Happily Ever After? fans will remember the uncomfortable family dynamic between Andrei Castravet and Elizabeth Potthast’s family. In fact, it was a ticking time bomb in the previous season of the TLC reality show. In Sunday’s premiere episode of season 6, Andrei asked to have a private moment with Chuck, in order to ask him for a large sum of money. Castravet has since opened up as to why he took that chance.

TLC – 90 Day Fiancé Spoilers – Happily Ever After? Drama With Chuck And Andrei

The season 6 premiere of 90 Day Fiancé: Happily Ever After? saw Andrei Castravet taking Elizabeth’s father, Chuck aside for a private chat. He did so to ask Chuck for $100,000 to help him start his own business.

Fans were shocked as they believed Andrei was finally in a good place with his father-in-law, so why was he putting this in danger? Basically, he did it because money “motivates” him and he doesn’t see an issue asking Chuck for money.

In an exclusive interview with Us Weekly, Andrei was asked why he asked Chuck for the money. Andrei, 35, first pointed out that Chuck has helped all his kids. In fact, he has given them all capital to start working and they are all working over there “sucking from the pie.” So, Andrei figured, “why not?” If Chuck has a lot of money, he is just going to join in.

On the last season of 90 Day Fiancé: Happily Ever After? Andrei received a lot of flak from fans over the fact that he was a stay-at-home dad with their daughter, Eleanor. However, he has now asked Chuck for the money to help him start his own business, and despite that, he is getting slammed again.

On the April 25 episode, Chuck told the cameras, “I really can’t believe he has the audacity to call a meeting and ask me to loan him $100,000. It’s unbelievable, really. I don’t even know what to say.” However, the Potthast patriarch did say he would consider giving his son-in-law money somewhere down the line. But first, Andrei must prove his dedication to helping the family, who work in the home rental business.

Meanwhile, Andrei told Us Weekly that his relationship with his father-in-law is OK right now. He admitted they have been through some “rough times” but now, he wouldn’t say it is bad. 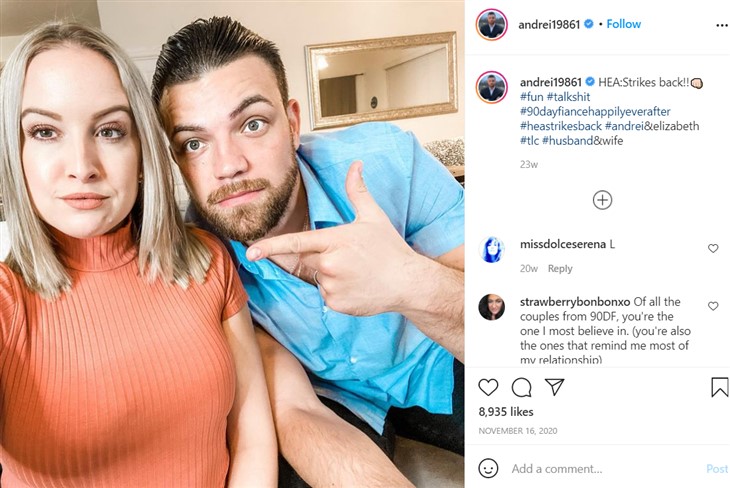 Castravet has recently obtained his real estate license. However, he plans to use this to flip houses, so there is no definite plan to join the family business. Andrei told Chuck he wants money, but he didn’t say he would work with them. However, to start his own business, all he needs is a check.

Meanwhile, Elizabeth has been pressuring Andrei, telling him he needs to get out and do something. So, Andrei decided he was going to get his real estate license because he knows there is a lot of money in that. Besides that, the Moldovan native said that money motivates him.

Elizabeth is happy with Andrei’s plans

Andrei’s “better half,” said she is happy her husband is getting involved in the same industry as her family. She said he is able to see what she does and learn from it and she can help him through it. Elizabeth says he does, indeed, seem like he is more motivated.

Andrei did note that the career isn’t easy to break into if you have no experience, because nobody is going to take you. However, luckily he has Elizabeth and Chuck to help if his dad-in-law is willing to do so.

Watch the full interview on Us Weekly and keep up with the story on 90 Day Fiancé: Happily Ever After? on TLC, Sundays at 8 pm ET.