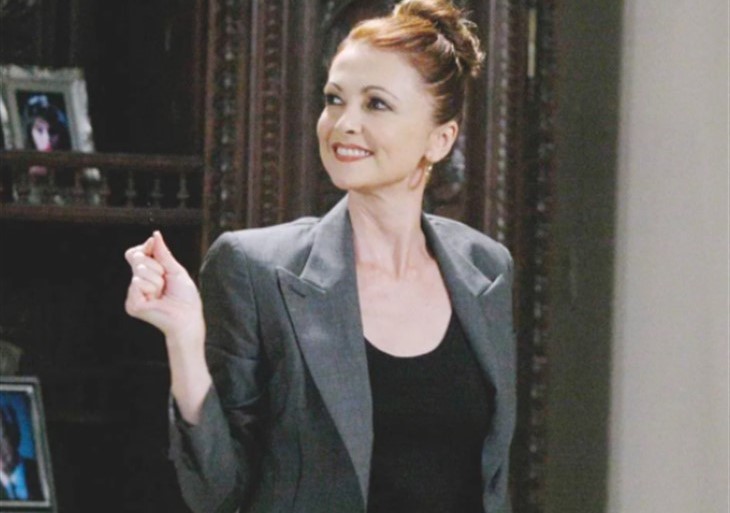 General Hospital (GH) spoilers and updates tease that viewers know something that Robert Scorpio (Tristan Rogers) doesn’t – Holly Sutton (Emma Samms) is alive! It all started when Robert received a call that the ship Holly was on sunk and apparently Holly didn’t survive. But Robert wouldn’t believe that Holly was dead and gone. Robert even refused to attend the memorial service for Holly, until Olivia Falconeri (Lisa LiCicero) convinced Robert that he needed to get closure. After a failed attempt to see Olivia’s son Dante Falconeri (Dominic Zomprogna), Olivia offered to attend the service with a grieving Robert.

But before the service even happened, Robert received a call that changed everything! Holly called him and pleaded for help! The call was statically but Robert was convinced that it was Holly and that she needed him. Olivia agreed to accompany Robert to Monte Carlo, where the call had been traced to a casino there. It turns out that Holly had been there, but was now gone. A body had been found and Holly’s wedding ring from Robert was recovered from the corpse. So Robert had to face the fact that Holly was now truly gone. But unknown to Robert, Holly is alive and being held hostage by an unknown party!

Who has taken Holly Sutton. Immediate suspicious must fall on Peter August (Wes Ramsey). Peter has been trying to make a life for himself in Port Charles, but Robert doesn’t believe that Peter is as innocent as he has repeatedly claimed. Robert is right, not only was Peter responsible for the memory mapping scheme while partnered with Helena Cassadine (Constance Towers), his attempts to cover up that crime have caused him to commit even greater ones. Kidnapping Holly in an effort to keep Robert from finding evidence against Peter would be exactly something Peter might have done!

General Hospital (GH) Spoilers: Lucas Looking For A Love Connection – Who Will He Move On Withhttps://t.co/tGDoXXg4VK

General Hospital Spoilers – Robert Scorpio Was A WSB Agent For Many Years!

While Peter is certainly a suspect in Holly’s kidnapping, one can’t forget that Robert was a WSB agent for many years. He has amassed a large number of enemies during that time. One person that stands out is Jerry Jacks (Sebastian Roche). While Jerry and Robert don’t particularly have a past, whenever there is trouble on this scale, Jerry is likely involved in some way. Could he be Holly’s captor?

Who has taken Holly Sutton? Is Peter involved somehow? Or the guilty party an enemy of Robert’s from his WSB days? Is it possible that Jerry Jacks is the true mastermind? Only time will tell, so stay tuned to General Hospital airing weekdays on ABC! And don’t forget to check back right here regularly for all your General Hospital news, information and spoilers!