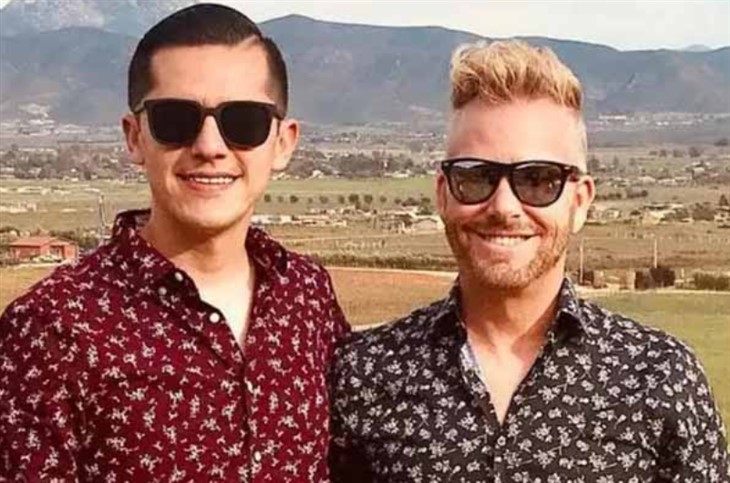 90 Day Fiancé: The Other Way stars Armando Rubio and Kenneth Niedermeier are fan-favorites on the TLC reality show. They were the first male same-sex couple to star on 90 Day Fiancé and certainly one of the most romantic so far. However, Armando recently found a TLC Southeast Asia trailer for the show. He was shocked to discover that his storyline with Kenneth had been censored and cut.

Armando and Kenneth starred in season two of 90 Day Fiancé: The Other Way and are known as a truly romantic pair. Both have children and Armando, 31, met Kenny, 57, in an online support group for single dads. Initially they struck up a friendship, but this soon grew into a romance.

Despite their major age difference, Kenny and Armando never fought on the show and their romance was certainly drama-free. Who can forget the charming scene where Kenny proposed to Armando? It was truly wonderful.

There were some hiccups when Kenny moved to Mexico to be with Armando. Armando’s family found it hard to accept that their son was gay and at first, wouldn’t give their blessing for them to marry. However, they also experienced problems getting their marriage license, but it all worked out in the end.

While they had problems with the family and Mexican government, this was nothing like the discrimination they are now facing. Armando posted on Instagram to tell fans that he and Kenny’s story is being censored by governments in Southeast Asia and Russia.

In his Instagram Story, Armando wrote, “it’s a shame that to this day we cannot accept others for who they are. When sadly love; something so beautiful is ‘wrong.’” He went on to explain that their storyline had been banned in anti-gay countries in Southeast Asia and in Russia. Armando and Kenny were heavily edited out in both versions of the TLC reality show.

90 Day Fiancé Spoilers: Viewers Ask If It is ETHICAL for TLC To Film Stephanie Davison #90DayFiancehttps://t.co/vZqQUtTOIh

Armando wrote that banning his and Kenny’s story in a “simply reality show” reveals how the governments in those nations “often can amplify harassment and cause real harm” to marginalized minority groups in their own countries. The 90 Day Fiancé star stressed that the problem here is the government.

According to Them, n 2013, Russia passed an anti-gay federal law banning all positive media representation of the LGBTQ+ community. Following what is known as the “anti-gay propaganda law,” a change was made to the country’s constitution to officially ban gay marriage and to stop gay couples from adopting children.

The Indonesian government’s national broadcasting commission made a similar move in 2016 by banning radio and TV programs portraying LGBT lives as “normal.” As with Russia, any content that promoted “nontraditional sexual relations to minors” was banned. Since then, the Indonesian Child Protection Commission has reportedly said they need to block any content that could “encourage children and adolescents to imitate or justify LGBT behaviors.”

In his post, Armando wrote that he does know these countries have “amazing, caring, and supportive people within their communities.” Rubio went on to ask people in those countries to never give up. He told them to fight for what they are and what they believe in, just as he has been doing.