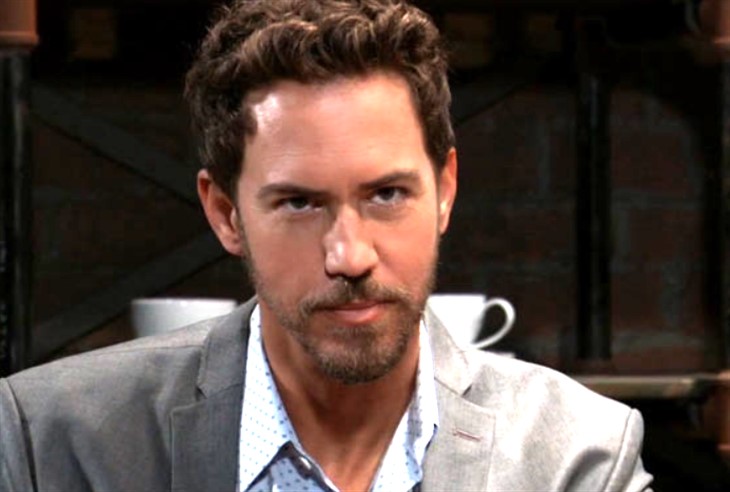 General Hospital (GH) spoilers for Wednesday, July 28, 2021, reveal in Port Charles, NY Finn and Elizabeth shocked to learn that Peter’s body is not in that deep freezer after all. Uh-oh!

“Are you absolutely certain Peter was dead?” That’s the question desperate fans have been asking for months. Are Elizabeth (Rebecca Herbst) and Finn (Michael Easton) sure Peter (Wes Ramsey) was dead when they stashed his body in the deep freeze? They are a nurse and a doctor, respectively, so one would think they’d know, but we, the fans, know we’d never get that lucky. As we screamed for Anna (Finola Hughes) and Finn to open that freezer, we knew he wouldn’t be there.

Jason (Steve Burton) has to inform Elizabeth of this turn of events. Needless to say, she is shocked, but Jason thinks he has a way to find out if Peter is really and most sincerely dead — or at least find out what the heck happened. Will this involve Spinelli (Bradford Anderson) and some computer hacking?

Meanwhile, Jordan (Briana Nicole Henry) asks Dante (Dominic Zamprogna) if he has any idea what Anna has been up to these days. Hmmm…

Carly (Laura Wright) and Laura (Genie Francis) have a chat and that wedding with Jason comes up as Carly tells Laura how much she still loves and misses Sonny (Maurice Benard). Laura wonders if Carly is having second thoughts, but marrying Jason is what Carly has always wanted so we doubt it.

But what does Sonny’s cousin Brando (Johnny Wactor) want? He tells Sasha (Sofia Mattsson) about all the dreams for their future while Gladys (Bonnie Burroughs) has to sit and stew in the fact that Brando won’t become a rich mobster. She then chastises Sasha for convincing her son to give up that good criminal life because she now has to do the same. For shame.

Although Curtis (Donnell Turner) and Portia (Brook Kerr) haven’t spoken much about their past together, we get the feeling it can call Trina’s (Sydney Mikayla) paternity into question. The two discuss it on Wednesday and wonder if Trina ever has to know. This means she will likely find out soon. Stay tuned to General Hospital weekdays to see if Trina will have a new daddy.