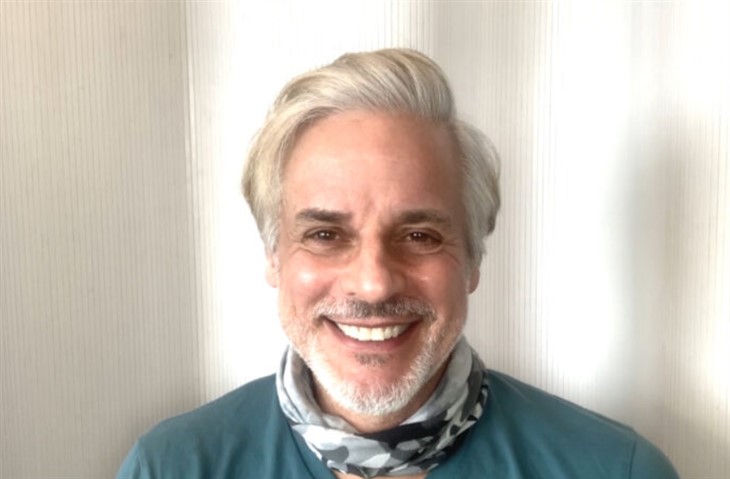 The Young And The Restless’ Christian LeBlanc reveals that his first day on the set was for a cast photo. LeBlanc wasn’t there to tape that day, but he says he tends to talk a lot. LeBlanc proved that by veering off the subject before getting back to his story. LeBlanc reveals that at one point he seriously believed it was time to look for a new job.

The Young And The Restless – Michael Baldwin Was Not Always Loved

The Young And The Restless’ Michael may be a beloved character these days but it wasn’t always that way. Long-time viewers remember when Michael was obsessed with Christine “Cricket” Blair (Lauralee Bell). Michael was so obsessed in fact that he rented an apartment next door to Christine and broke in and attacked her. Christian credits Lauralee for that scene working because he had never done anything like it before. Christian says that Lauralee was there for him all the way in those scenes and helped him through the filming.

LeBlanc says that if Lauralee had acted concerned, he would have never gotten through those scenes. Christian fondly remembers being asked to shave his beard for the Emmys after Michael went to prison. “Crazy doesn’t tend to last too long…I guess it might be time to look for a new job. LeBlanc remembers that Michael was sent to therapy and given a second chance and he was happy to return to the role.

The Young And The Restless’ LeBlanc admits that even now, Michael has tendencies to go off the rails and Lauren Fenmore (Tracey E. Bregman) keeps him in check. However, LeBlanc is afraid that there will be repercussions for the people that Michael has hurt in the past. Michael has abused women in the past and wonders if there might be some children out there that he is unaware of. LeBlanc is curious to see how both Michael and Lauren would cope with these issues.

Looking back on 30 years as Michael, LeBlanc admits, “I always wanted to be a character actor. “I remember someone telling me that of all the actors on the show, I’m the least like the character I play, and I thought, ‘Thank God!’” LeBlanc says that Michael is “meaner and less patient than I am.”

LeBlanc loves his character and cannot wait to see what the future holds. However, we certainly want to congratulate him on his 30 years at Y&R and hope to see him for many more.