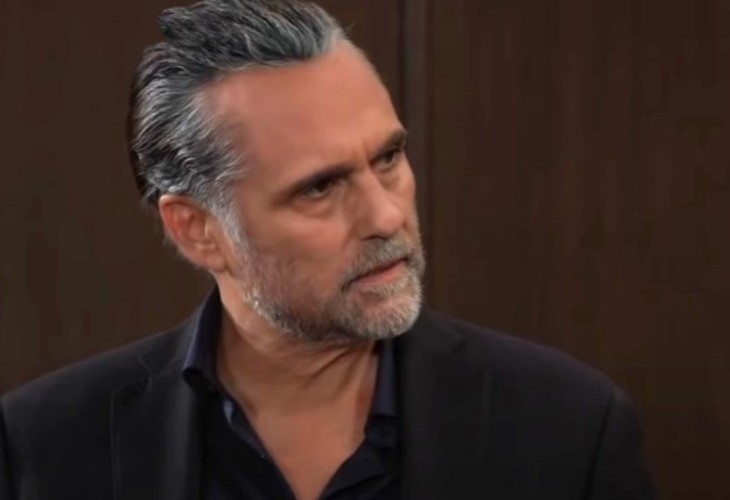 General Hospital spoilers for Tuesday, October 26, 2021, reveal Michael’s thirst for revenge not sitting well with Sonny as GH continues to insist what Nina did was a crime.

No matter which way you slice it, not telling an amnesiac their true identity is not an actual crime, or half of soapdom would have been arrested some time in the last many decades that soaps have been on television. When that person insists over and over again that they don’t want to know who they are, it’s even less of a crime.

But since Michael (Chad Duell) somehow managed to convince himself it’s a crime and then get a Pennsylvania prosecutor to go for it and arrest Nina (Cynthia Watros), we have to all pretend what Nina did was illegal. And Sonny Corinthos (Maurice Benard) is not happy about this and tells Michael as much. He thinks Michael took things too far and even Carly (Laura Wright) is wondering what is happening to her son that he’s back in revenge mode.

Michael wants to know why Sonny has an issue with Nina being arrested and extradited back to PA. Will he bother mentioning that he and Nina were more than just friends? Will he help Nina in the end?

GH Spoilers – What Will Gladys Corbin Do With Her Intel?

As soon as Gladys (Bonnie Burroughs) turned her phone’s recorder on, it was clear what was about to take place. Maxie Jones (Kirsten Storms) and Brook Lynn Quartermaine (Amanda Setton) would mention something about Bailey and Gladys would know a secret. And that’s exactly what happened.

On Tuesday, Brook and Gladys come to blows. Does Gladys try to blackmail Brook with the truth — a truth she only half knows?

Austin might also get another clue about Baby Bailey, but he also has to give some advice to Ned (Wally Kurth), who is not quite sure what to do about the Leo situation.

Spencer Cassadine’s (Nicholas Chavez) plans blew up in his face and now he is left with no family, no home, no money. Sure, he can live at Laura’s (Genie Francis) place, but he has alienated himself from Nikolas and been cut off financially.

Well, Cameron (Will Lipton) has a great idea for Spencer. Why doesn’t he take a job at Kelly’s? If it’s good enough for Cam, it should be good enough for Spence, right? Stay tuned to General Hospital weekdays to see how these stories play out.