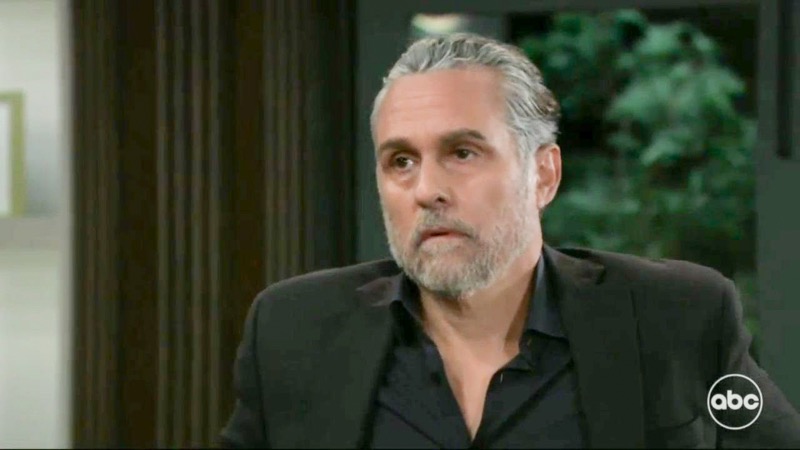 General Hospital spoilers indicate that Sonny Corinthos (Maurice Benard) is about to get pulled back into his old life in a big way. Jason Morgan (Steve Burton) has just left town and Joey Novak (Patrick Zeller) has returned with a vengeance. Is Sonny ready to fight for his territory?

General Hospital’s Joey was Vincent Novak’s (Glenn Taranto) unpredictable nephew. Joey tends to go off on his own and usually causes more harm than good. Joey crashed Jason’s bachelor party causing them both to be arrested before the wedding. Vincent was not happy with Joey’s actions at the time. However, Vincent then decided to take out Jason and Carly Corinthos (Laura Wright). Vincent’s plans backfired when Jason figured out his plan and Vincent blew up in the limo explosion instead of the happy couple. Now that Joey has returned from exile, will he take over Sonny’s territory? Will Joey try to avenge his uncle’s death while going after Sonny’s territory?

GH Spoilers – Joey Novak’s Overconfidence Could Get Him Killed

General Hospital’s Joey is very overconfident. Isn’t dealing with Jason and Carly this time. Joey has no idea what it’s like to go up against Sonny. Sonny will cut Joey down to size and not blink an eye. Sonny isn’t about to let anybody hurt his family and Joey wants to do just that. Can Sonny cut Joey down to size or with his “Mike” persona interfere with his ruthlessness? Could Sonny’s unusual softness cause him to get killed this time? Can Sonny handle Joey without Jason’s help? Does Sonny still have the edge that got him to where he is now?

General Hospital’s Sonny has changed since his time in Nixon Falls. Will these changes put everyone in Sonny’s life in danger? Could Joey target Nina Reeves (Cynthia Watros) or Phyllis Caulfield (Joyce Guy) to throw Sonny off his game? Jason had made allies that trust him and offer inside information. The five families haven’t dealt with Sonny in months. Can Sonny regain the trust of the five families? Does Sonny still belong at the head of the organization? Sonny has changed so much since his near-death experience. Sonny may be too eager to dismiss Joey as a mere annoyance. Unfortunately, that could lead Joey to go after Jocelyn Jacks (Eden McCoy) to get his attention.

Sonny may realize that Joey is far more dangerous than he wants to admit. Will Sonny bring Joey down before he hurts someone he loves?

B&B Spoilers: Brooke Plots Against Quinn And Wants Her To Be Alone