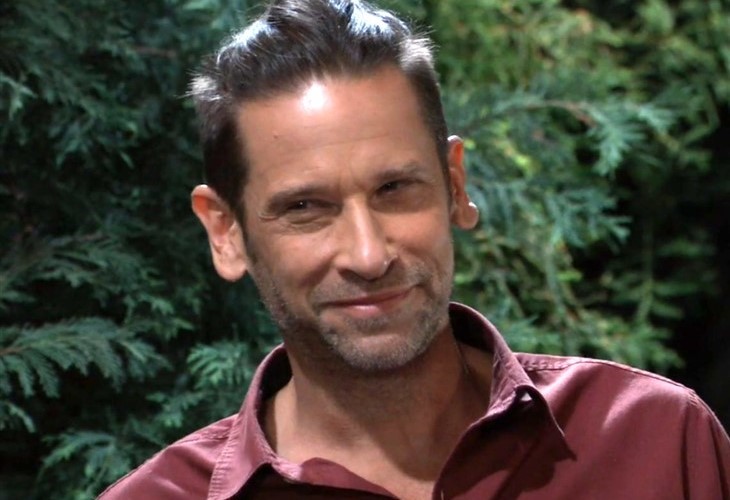 General Hospital (GH) spoilers reveal Valentin Cassadine may be down for the count right now but he will surely recover and then will have a lot to do over at Monica’s house. First, he lives there thanks to thinking he is Bailey Louise’s father. Second, he still does have those ELQ shares.

General Hospital Spoilers – All In The Name of ELQ — And Revenge

Valentin (James Patrick Stuart) may not control all of ELQ anymore, but he wasn’t dumb enough to get rid of all of his shares when Brook Lynn Quartermaine (Amanda Setton) tricked him into thinking she was having his baby. And there is one person who really wants some revenge on Brook at the moment — and to get what he thinks his father was entitled to.

Austin Holt (Roger Howarth) may have decided keeping his medical license was more important than ELQ — for the moment — but he did tell Brook this was far from over. After convincing Maxie Jones (Kirsten Storms) what a good friend Brook was to her, he can’t believe she tricked him into a HIPAA law violation while he was just trying to help her little step brother.

Perhaps Austin might realize Valentin has what he wants and use him to get his own ELQ shares. Austin might also recognize that little baby over at the Q house and put two and two together and get Louise. After all, the memories of what happened the night Louise was born are buried somewhere and once they come to the forefront Austin will have lots of leverage over Brook Lynn.

He will also give Valentin a reason to seek revenge if he informs him that Bailey isn’t really is but instead is Maxie’s baby with the evil mustache-twirling Peter August (Wes Ramsey). Once that happens, it will be gloves off and perhaps Austin and Valentin can get a hold of ELQ together and make Brook Lynn wish she never, ever wore that giant pregnancy belly. Brook should have known she was playing with fire with a Cassadine, but she also never imagined another Quartermaine showing up to bring her down. Stay tuned to General Hospital weekdays to see how this story plays out.

Days Of Our Lives (DOOL) Spoilers: Kristen Is Back For More Trouble