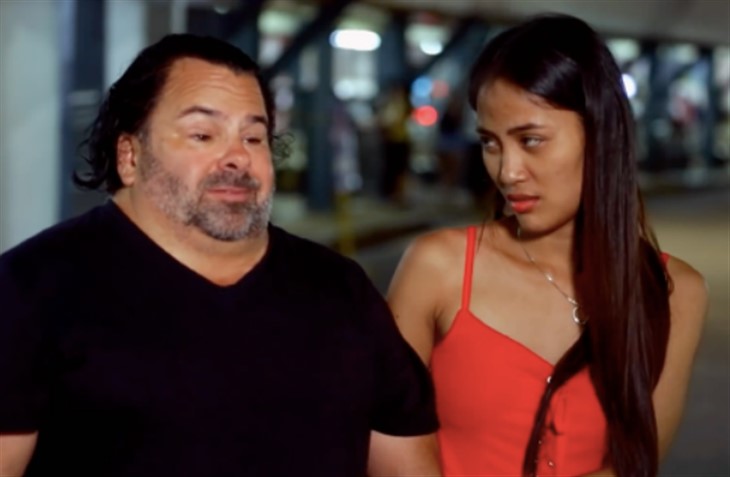 90 Day Fiancé fans will likely never forget Big Ed Brown and Rosemarie Vega as one of the worst pairings on the TLC reality show. Meanwhile, Big Ed is still looking for love on 90 Day: The Single Life and Rose has totally turned her life around and become a true success. While the couple didn’t work out, it turns out their legacy continues, as one clever couple turned them into this year’s Halloween costume.

Big Ed Brown and Rosemarie Vega starred in season 4 of 90 Day Fiancé: Before the 90 Days and were doomed from the start. The brash American and the pretty Filipina were a total mismatch. They first had a long-distance relationship, with him living in San Diego, and Rose in the Philippines.

Ed is more than twice Rose’s age and when he flew out to meet her, it was instantly clear that they wouldn’t work out. He constantly talked down to Rose, criticizing everything from her breath to her underwear.

However, despite the fact that fans mostly hated Big Ed, he and Rose did become one of the most talked-about duos on the TLC reality show. Many memes have done the rounds on social media, particularly poking fun at Brown.

Nowadays, on 90 Day: The Single Life, Big Ed is allegedly engaged to Liz, while Rose constantly shares exciting news of her continually improving life back home.

While there have been many memes doing the rounds, poking fun at Ed, two enterprising girls have come up with the best Halloween costume for 2021. A Twitter user posted several fun images of her classmates dressed for the part, compared with actual images of Ed and Rose.

In her caption, she wrote, “A girl I went to high school with dressed up as Big Ed and Rose for Halloween now im [sic] thinking about which #90DayFiance character I would wanna [sic] be for Halloween #90dayfiancethesinglelife.” Enjoy browsing the images below! 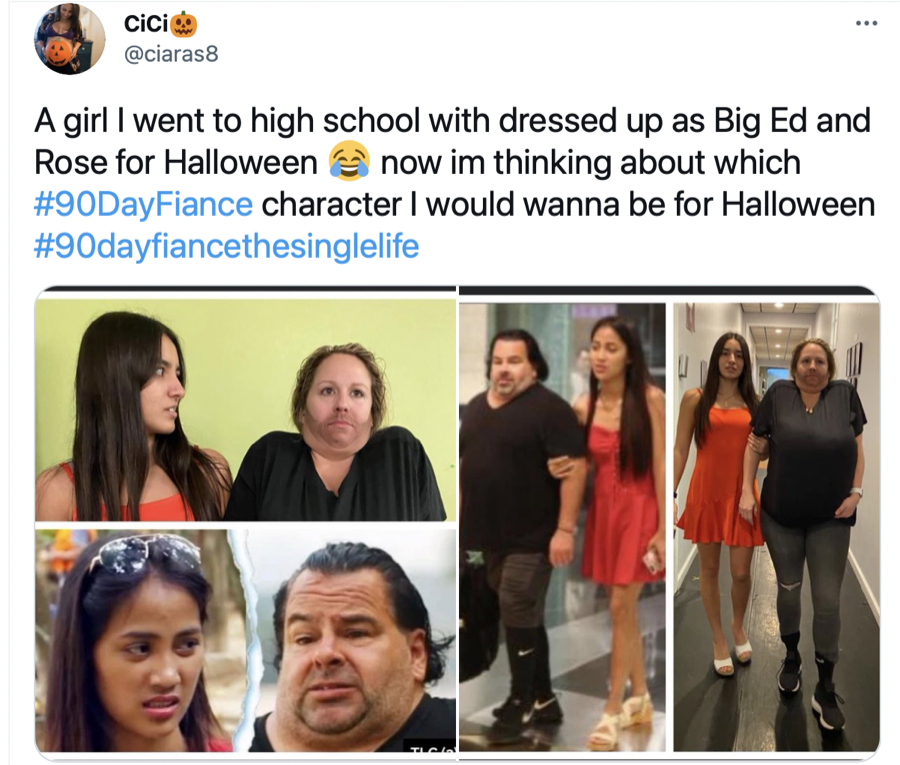 The images show one girl dressed as Rose in a red dress, while the other poses as Big Ed, complete with his “no-neck” look and a scruffy beard.

Meanwhile, the tweet mostly went down well with Twitter users, with one replying, “I would’ve never thought of that. Too funny!” Another applauded their efforts, writing, “I love them for this. they need some type of award for their creativity bravo very well done!”

Naturally, you can’t please everyone. One Twitter user wrote, “You can hate Big Ed and still not be ableist. Not it for me, no thanks.”

Readers, what do you think of this worthy’s couple’s Halloween efforts? Let us know by dropping a comment below.

Meanwhile, Big Ed will star in season 2 of 90 Day: The Single Life which debuts on discovery+ on Friday, November 12.