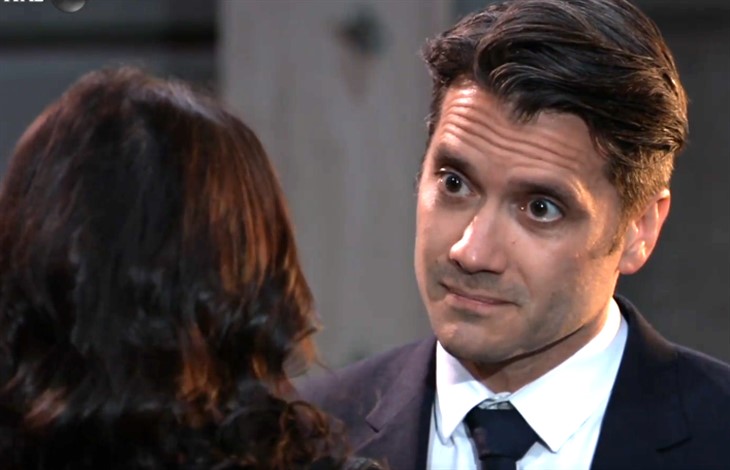 Learning what really happened to Drew Cain’s (Cameron Mathison) plane that supposedly crashed near Afghanistan has Sam (Kelly Monaco) all shaken up. The prospect that Scout’s father may be alive is daunting and happening just when she was starting to move on with her life. Although she told Dante (Dominic Zamprogna) that she never really knew who Drew was because Drew never even knew who he really was, Dante seems to want to take things slow as he’s not quite sure where he stands.

Sam tells Dante she has no feelings for Drew anymore and she wants to see where things can go with them? Is that enough reassurance for Dante and will that prompt him to want to take things more seriously with Sam?

GH Spoilers – Anna Devane Is In A Panic

Anna was sure she left a drunk Valentin Cassadine (James Patrick Stuart) to sleep things off in his hotel room, but she actually left a drugged Valentin to do that. Instead of waking up in luxury, Valentin woke in Drew’s cell and Anna (Finola Hughes) and Robert Scorpio (Tristan Rogers) finally find that Valentin is missing on Thursday. They also meet up with two of Victor’s (Charles Shaughnessy) goons and know they need to do something fast.

Meanwhile, Victor has some shocking news for Valentin. Does this involve the dastardly Peter August (Wes Ramsey) or something family-related? We still don’t know for sure who Valentin’s real father is and neither does Valentin. Is he about to find out?

While spending some time at Charlie’s Pub together, Brook Lynn Quartermaine (Amanda Setton) almost blows her cover when she tells Chase (Josh Swickard) that Austin (Roger Howarth) getting ELQ shares can ruin all the hard work she did to get ELQ back from Valentin. Chase is very curious as to what she means and Brook has to cover for herself fast.

Over at GH, Maxie Jones (Kirsten Storms) and Austin Holt bond a little bit more and Maxie learns something new about the man who delivered her baby out there in the woods. Stay tuned to General Hospital weekdays to see how these stories play out.