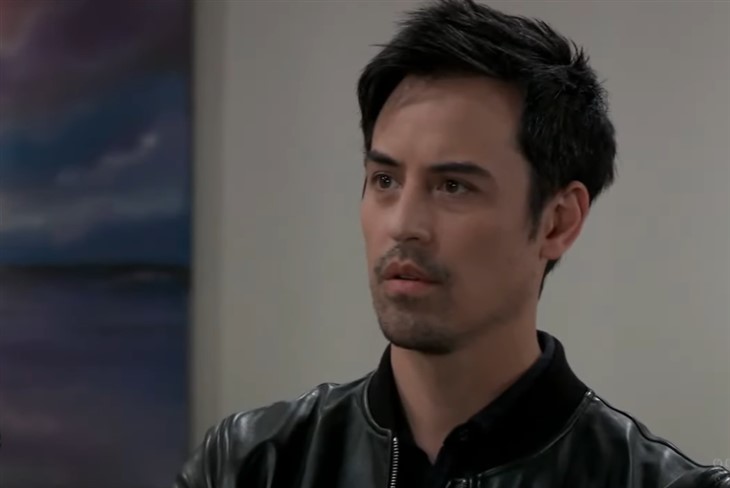 General Hospital (GH) spoilers for Thursday, May 20, 2021, reveal Nikolas forging ahead with his plan to become the new owner of Pentonville while a current inmate goes digging.

General Hospital Spoilers – An Abandoned Story Gets Its Due

It was 2015 when Nikolas (Marcus Coloma) hired a hitman to shoot Hayden (Rebecca Budig) in the head and Shawn (Sean Blakemore) went to prison for a crime he didn’t commit. Even Hayden knew Shawn didn’t do it and apparently never told anyone because Shawn is still in jail.

We figured after all this time the show would find another reason for him to still be there, but we guess we can be mad at Hayden for letting Shawn linger for so long.

Now, Nikolas is buying the prison where Shawn has been living for the last six years to protect Alexis (Nancy Lee Grahn) and Alexis has convinced Shawn to find out who really shot Hayden. Uh-oh, it looks like trouble is on the horizon for Nikolas.

In fact, Alexis is getting deep into things wrong at Pentonville and her nephew trying to protect her looks like it’s going to hurt him.

GH Spoilers – Do Carly Corinthos’s Fear Tactics Get Through?

Carly (Laura Wright) continues harassing Gladys (Bonnie Burroughs) about Brando (Johnny Wactor) and does her best to convince the woman that only Carly alone can save the woman’s son from the wrath of Cyrus (Jeff Kober). In fact, she may have convinced Sahsa (Sofia Mattsson) of this as well.

When Cyrus pays a visit to Sasha he wants to know who the father of her child is and something tells us she won’t say it’s Brando. Will she name another man as her baby daddy? A man she hasn’t even slept with recently, perhaps?

Dante (Dominic Zamprogna) must learn that Sam (Kelly Monaco) took a trip to find Jason (Steve Burton) last week and actually found him because he isn’t happy with her at all. He is also clean-shaven and tells Sam that he is determined to locate Jason and doesn’t need her interfering.

Will her actions get in the way of their blossoming friendship? And will that friendship turn Sam into someone who would help the cops find Jason Morgan? Stay tuned to General Hospital weekdays to find out.