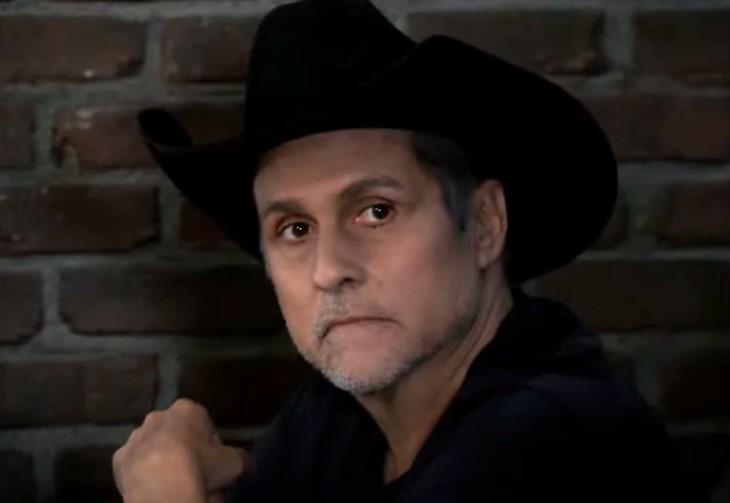 General Hospital spoilers reveal that Sonny Corinthos (Maurice Benard), who now goes by Mike, possesses a secret gift. Meanwhile, Nina Reeves (Cynthia Watros) has an opening, to tell the truth. However, she slams that door shut. She feels that it’s in Mike’s best interest to just live his new life. However, the truth about Sonny won’t be able to stay buried forever.

GH spoilers reveal that Nina was stunned when she came face to face with Sonny in Nixon Falls. The man is supposed to be dead, there has been a funeral back in Port Charles, and everyone is trying to work through their grief. When Nina saw Sonny alive and well, she planned on telling Carly Corinthos (Laura Wright). However, she changed her mind as it became clear that Carly was not going to listen to a single word from Nina. While the impression was given that Nina’s secret was motivated by revenge, Watros told Soap Opera Digest that it’s not like that at all.

Nina truly believes that Sonny is as happy and relaxed as Mike. With no memories of who he is or where he came from, Sonny gets a brand new life. In Nina’s eyes, Sonny is flourishing and Nina thinks the truth will do more harm than good. However, letting Sonny play dead doesn’t just affect him. He has loved ones in Port Charles, such as Carly and his children. They deserve to know that Sonny is alive and well but is suffering from amnesia.

General Hospital spoilers reveal that Nina really enjoys spending time with Mike. Sometimes she even forgets that he is really Sonny Corinthos. Mike seems more carefree and content with his new identity, but that doesn’t mean the truth should be kept from him. Nina knows that she will eventually have to fess up.

She has the chance right now since Jasper “Jax” Jacks (Ingo Rademacher) saw Sonny. When Jax discusses what he saw after getting shot, he implies that it was his mind playing tricks on him. Nina could correct him and just come out with the whole truth. Instead, she chooses to hold onto Sonny’s secret just a little while longer.

GH Spoilers – The Gift Of Amnesia

Nina really believes that she is doing the right thing by not telling Mike the truth about his identity. Watros told Soap Opera Digest, “Maybe this is what he [Sonny] needs. Maybe this [amnesia] is like a gift to him… She’s enjoying herself so much that she loses herself a bit. In no way do I think this is coming out of vengeance for Carly. She’s just not sure how to [come clean] now, especially the longer she’s keeping the secret and she’s the only one who knows. It’s getting harder and harder to figure out what to do.”

Eventually, we expect Carly to get wind of what’s going on. She will be enraged that Nina kept this from her but would she have even believed her? Plus, it’s not like Carly let Nina get two words in over the phone. Nina did try to give Carly the news and even said she had something important to say. However, Carly wasn’t interested in hearing anything from her.

She will most likely learn about Sonny as Jax shares his skewed adventures while tracking down Nina. As of right now, Jax thinks that he just imagined the dead Port Charles resident. However, that could change very quickly. It is confirmed that Sonny goes to the hospital so he can meet Nina’s former flame. She will try to prevent this, but it just might make both Jax and Sonny even more suspicious!

Days Of Our Lives (DOOL) Spoilers: Lucas Gets More Tangled In His Lie, Chloe Searches For Help