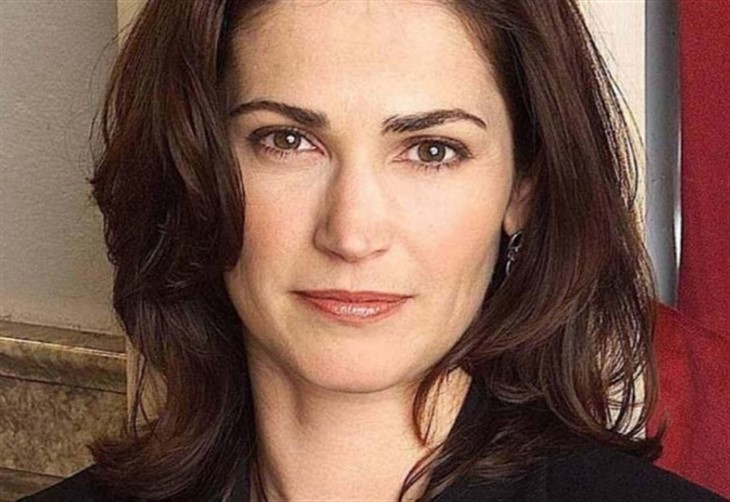 General Hospital (GH) spoilers reveal that Jackie Templeton came back to the soap last year. The role, which previously belonged to Demi Moore, is now portrayed by Kim Delaney. She recently hinted at what fans can expect from the character moving forward. While she could give out any information, she did say there is a whole lot coming up for Jackie.

GH spoilers reveal that Delaney used to be in All My Children. While some things stay the same over the years, that is not the case with daytime. The actress spoke with Soaps.com and admitted that the ABC soap moves a whole lot faster than AMC. It’s not just the faster pace that Delaney noticed, either. It’s the way soaps are taped these days. Despite it being a bit of a learning curve, she is really happy to be at GH.

“They shoot so fast, and it’s an entirely different way of taping now. But [executive producer] Frank Valentini is brilliant.”

Sometimes, actors will cross paths in more than one soap. That has turned out to be the case for Delaney and Michael E. Knight (Marin Grey). The two worked together on All My Children. Delaney said that fans love seeing them together nearly as much as they enjoy working together.

General Hospital spoilers reveal that Jackie is not going to be put on the backburner. In fact, it’s quite the opposite. Although she couldn’t say what was going to happen with Jackie, Delaney did say there is a whole lot coming up for her character. So, this sounds like she will be involved in multiple storylines with an array of characters.

Now, the tone of her statement suggested that there might be some shockers and bombshells ahead. Of course, that is the foundation of soaps. It’s no fun if viewers can guess what’s going to happen. She also made it clear that if she revealed anything then executive producer Frank Valentini would kill her. Definitely sounds like she is front and center of something huge! That is just making us even more curious about what the writers have in store for Jackie.

“All I’m allowed to say is that there’s a lot of story coming up for her. If I say anything else, Frank will kill me!”

What do you think of Kim Delaney’s character on the long-running ABC soap? What do you think is coming up for Jackie Templeton and how will it affect the other storylines and characters? We will keep you posted on new developments and updated information as it becomes available. In the meantime, keep watching the ABC soap!