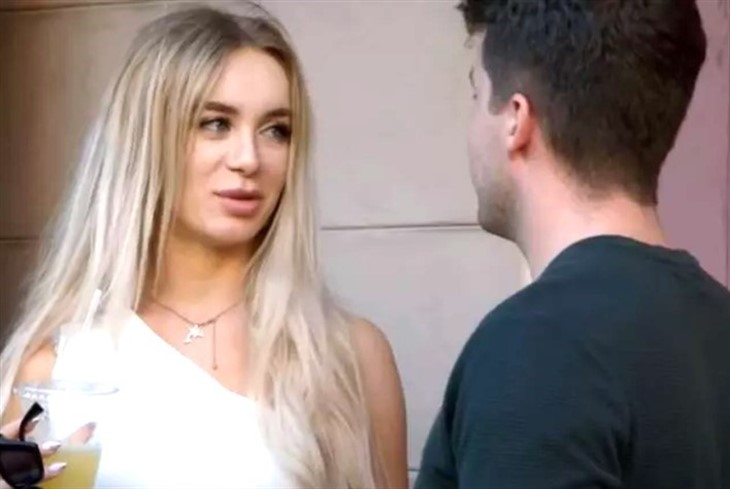 90 Day Fiance spoilers say that while you never know what is really going on when the reality television cameras are turned off, something tells us that Jovi and Yara might still be together, despite the fact that they’ve been fighting more than they have been getting along this season. Here’s what you need to know.

Even though Yara and Jovi come from two very different worlds, their mutual love for traveling and of course their attraction for one another and chemistry make them one of the hottest couples on the show right now. But at the same time, Yara keeps threatening that she will move back to her native Ukraine even though she was pregnant with their child during filming.

With that said, there’s speculation that Yara might have given birth to their baby – a daughter – and that the couple is still together. While neither Yara nor Jovi have said anything about the matter, several reports suggest that the reality television couple were recently spotted vacationing with their baby in Miami. So, not only are they a family of three now, but they seem to be a very happy family.

90 Day Fiance spoilers suggest though that there is still a lot of drama to come this season for this supposedly on-again, off-again couple. After all, Jovi has every reason to distrust his fiancé, as she wasn’t very honest with him in the past. But with all of their fighting and Yara even whispering “I hate you” in her fiance’s ear, a lot of fans can’t help but wonder what the future holds for them.

90 Day Fiancé Spoilers: Stephanie Calls Ryan's Cousin Harris After She Breaks Up With Him #90DayFiancehttps://t.co/LwhAMteNtV

Of course, fans will find out more details about Yara and Jovi’s baby soon enough. That, and they can’t help but wonder if the couple secretly tied the knot, too. Seeing how Yara is still living with him in New Orleans, there’s a very good chance that they might have gotten married. So far the couple have not made any comments about their current relationship status. We will of course update fans with all of the latest details as they come in!