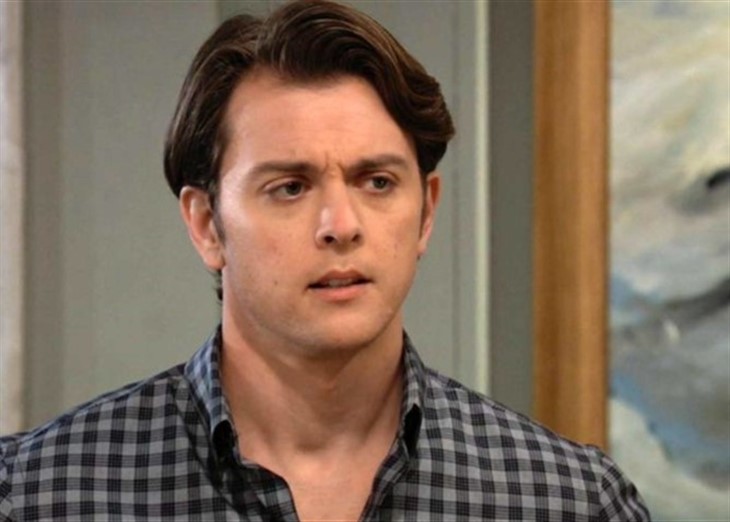 General Hospital (GH) spoilers suggest that Ryan Chamberlain (Jon Lindstrom) will soon target Avery Corinthos (Ava and Grace Scarola) to get even with Ava Cassadine (Maura West) for not reuniting with him. Now that Sonny Corinthos (Maurice Benard) isn’t home to protect his daughter, will Michael gets custody again to save his sister from harm?

General Hospital’s Ava believes that Avery is safe on Spoon Island with her and Nikolas Cassadine (Marcus Coloma). However, Ryan Chamberlain has been in Port Charles before and could certainly have access to the Cassadine tunnels. Ryan could easily get to Wyndemere and take Avery before Ava or Nik had any knowledge of his presence. Will Ryan kidnap Avery for revenge on Ava?

General Hospital’s Ryan has already killed Ava’s daughter Kiki Jerome (ex-Hayley Erin). Would it matter to the serial killer that Avery is a child? Ryan wants to hurt Ava and he knows that the best way to do that is through her children. Without Sonny to contend with, there is nothing stopping Ryan from going after Avery. However, Avery’s kidnapping would give one of her siblings grounds to sue for custody. After all, Michael Corinthos (Chad Duell) had custody of Avery once before.

Michael also knows that his sister’s life has been turned upside down by Ava removing her from the home she has known for most of her life. Someone needs to look out for Avery’s safety and Carly Corinthos (Laura Wright) doesn’t have the grounds as stepmother to do anything. However, Michael, as an adult sibling can and probably should try to save his sister. After all, unbeknown to anyone in the family, Sonny will be returning home and taking his daughter back soon enough.

General Hospital Spoilers – Ava Cassadine Will Put Up A Fight

General Hospital’s Ava will certainly try to fight Michael on his bid for custody. However, if Ryan manages to kidnap Avery, Michael could make the case of his sister being safer with him. After all, Ava could have hired guards knowing that Ryan is in a minimum-security facility now. Ava has dealt with Ryan long enough to know not to trust anything she sees or hears about him. Ava is putting her child in grave danger but not protecting her and that could work in Michael’s favor.

Can Michael save Avery from Ryan? Will Michael get custody and protect his sister until his father comes home? Will Ava lose Avery for good after Ryan makes her a target?