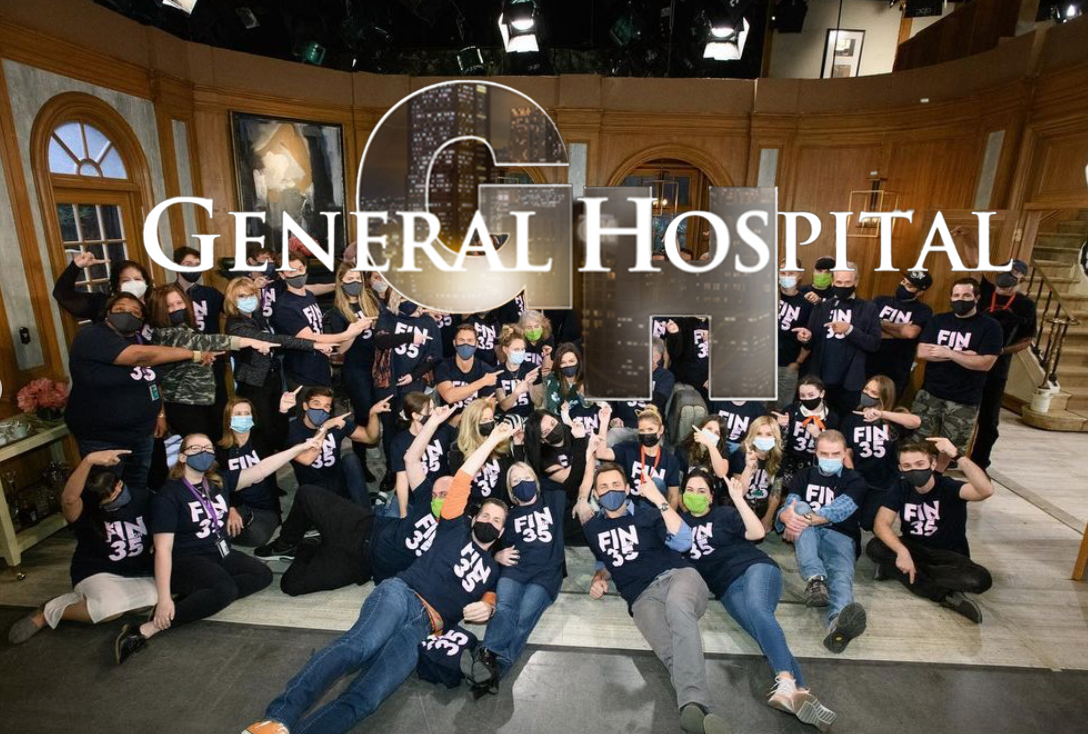 General Hospital spoilers (GH) reveal that the ABC sudser’s holiday break was a bit longer than intended. This was due to a sharp increase in the number of COVID-19 casing spiking in Los Angeles where the soap is filmed. Unlike the first production shutdown, television productions were not forced to shut down, but some shows chose to take a longer break than was scheduled.

General Hospital spoilers – Stars Are Now Back At Work

On Wednesday several cast members announced that they were back to work and ready to act their hearts out! The show’s Instagram story page posted a video of Lisa LoCicero (Olivia Quartermaine) and Dominic Zamprogna (Dante Falconeri) in the Quartermaine living room as they prepared to film.

LoCicero says in the video, “Happy 2021, everyone. We are so happy to be back in the studio at General Hospital making shows for you and doing what we love. Working with this guy here [Zamprogna], who we’re so happy to have back.”

GH Spoilers – Port Charles Is Now Back In Business

Both stars had on their masks and, dare we say, looked as if they were dressed for a funeral. This could mean that Sonny Corinthos (Maurice Benard) has been declared legally dead as there is no one we are aware of on life support.

Show stars Nancy Lee Grahn (Alexis Davis) and Laura Wright (Carly Corinthos) also tweeted about their happiness to be back doing what they do best. On a side note, if you haven’t checked out Wright’s socials recently, she had good news to report about her daughter Lauren, who is now a published writer!

General Hospital Spoilers – What Happens Next in Port Charles?

The show had several preemptions in past days due to ongoing coverage of election events and some of the networks interrupted daytime program again today to feature President Joe Biden.

There are several scintillating storylines going on at the moment for GH fans and February Sweeps is just around the corner. Fans have got to be wondering how and when Sonny rolls back into town. Will it be with another presumed dead character like Nelle Benson (Chloe Lanier) or Morgan Corinthos (Bryan Craig)?

There is also the question of when Dante snaps out of his pen click funk—if ever? Perhaps he just rolls with the tide and becomes Sonny 2.0? Or does he complete the mission and take out Peter August (Wes Ramsey) first? Stay tuned GH fans, there are tons of exciting climaxes sure to come!