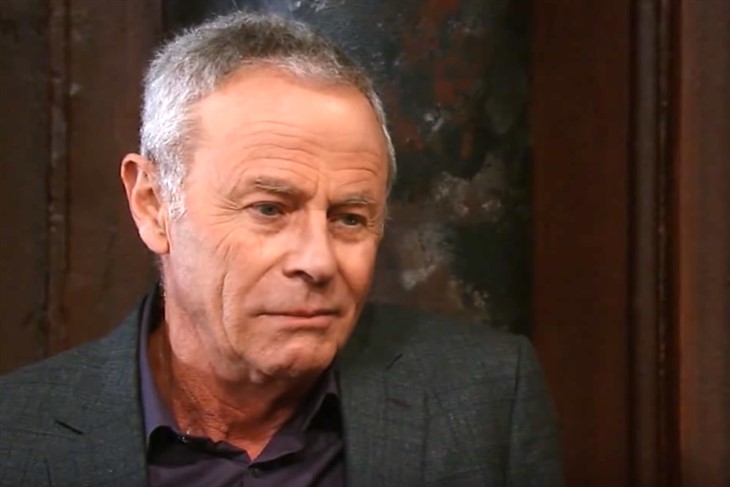 General Hospital spoilers indicate that the investigation into Judge Naomi Carson (Anita Finlay) isn’t going to be easy nor will everybody emerge unscathed. The most likely person to feel the heat from the judge is Robert Scorpio (Tristan Rogers). Robert is the current da in Port Charles and Molly Lansing – Davis (Haley Pills), having recently just graduated from Law School, is taking a position there.

General Hospital spoilers- While Molly Lansing – Davis It Was Brave She May Have Ruined Her Career Before She Even Starts.

t’s very likely that Robert will be pressured to remove Molly from her position. He certainly won’t want to but he does have to work with him the legal community and he won’t want to make enemies of judges. Hopefully it won’t come to that but Molly may end up having to look for a new job. And let’s not forget that Molly has not taken the bar exam yet. Well one would hope that judge Carson wouldn’t think to manipulate the results, with her very career on the line, that’s exactly what she might do.

As years now, it was Molly’s mother, Alexis Davis (Nancy Lee Grahn) and Shawn Butler (Sean Blakemore) who first began to question the judge when they compared notes on their sentences. Both Alexis and Shawn play guilty to the crime of attempted murder. And while Alexis only receives the 3-year sentence John’s was much much longer. Molly may end up being said it’s by her own mother if her investigation somehow gets Alexis A reduced sentence and she ends up getting her law license back. Alexis likes a good cause and saving her daughter from the corrupt legal system is right up her alley

Is Molly please let go from the DA’s office, perhaps she can go to work for Martin Gray (Michael E Knight) who helped Molly by recording the judge admitting that she treats different cases based on the person’s background. It seems that it comes down to race as Shawn is a person of color and Alexis is white. But since Martin helped Molly he may also find himself facing a negative backlash.

GH Spoilers – Eventually Judge Carson Will Be Exposed, But Will It Be Too Late For Molly Lansing – Davis’ Career.

It seems doubtful that Molly will suffer too many setbacks, especially after Judge Carson’s racial bias is exposed. You should have a very promising legal career for many years to come. She will certainly establish herself as a power player by taking on a judge right after graduating Law School.

General Hospital spoilers – What Do You Think?

Well, Molly Lansing – Davis be let go from the DA’s office by Robert Scorpio. Or will Robert stand his ground and support Molly even though she’s probably taking on more than she can chew. Maybe Molly will end up working for Martin Grey, and hopefully Alexis Davis when she gets out of prison and to work on getting her law license back. Port Charles residence is very ambitious, so stay tuned to General Hospital airs weekdays on ABC. And don’t forget to check back right here regularly for all your General Hospital news, information, and spoilers!