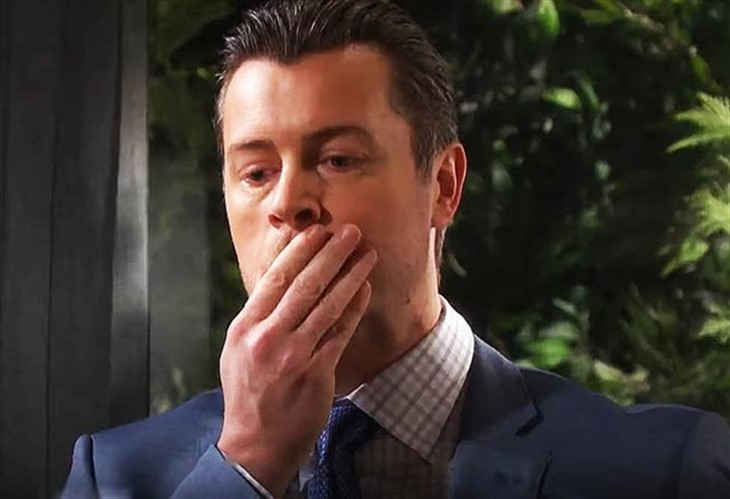 Days of Our Lives (DOOL) spoilers reveal that Nicole Walker Brady (Arianne Zucker) gets the letter that Kristen DiMera (Stacy Haiduk) wrote. She makes sure that EJ DiMera (Dan Feuerriegel) receives it. Once he does, EJ explodes in a violent rage over Sami DiMera’s (Alison Sweeney) betrayal. Could his rage end up being targeted toward Sami and Lucas Horton (Bryan Dattilo)?

DOOL spoilers reveal that Sami paid Xander Cook (Paul Telfer) $1 million to expose Nicole’s cheating at her own anniversary party. Nicole ends up being forced to admit the truth to Eric Brady (Greg Vaughan). As a result, he not only leaves Nicole but says goodbye to Salem, too. Nicole wants revenge and she ends up getting it. Philip Kiriakis (Jay Kenneth Johnson) gives Nicole the letter, which she delivers to EJ.

In the weekly preview, EJ reads Kristen’s letter and can’t believe what his sister has revealed. She goes into great detail about Lucas and Sami’s affair. He explodes with rage and sweeps every item on his desk toward the wall as he screams in anger. After he breaks everything in the DiMera Enterprises CEO office, he will likely go to Sami next.

Days of Our Lives spoilers reveal that the preview shows Sami crying and she is with Lucas. He ends up confessing that EJ only found out because of him. He might not have told EJ directly, but he did retrieve the letter from the fireplace. He also handed it to Philip, who in turn gave it to Nicole. We’re not sure if Sami will forgive Lucas or not for his betrayal. However, he does admit to Sami that he’s in love with her again and knows he can treat her better than EJ ever did.

There have been a few times when Sami mentioned being afraid of her husband. There have also been instances in which she seemed scared of him So, we have to wonder if that is a hint of what is to come. Will there be dangerous consequences to Nicole giving EJ the letter that Kristen wrote? Would EJ hurt his own wife because of the betrayal? Or will EJ direct all of his anger toward Lucas? Will he want the man who slept with Sami to suffer a lethal punishment?

We do know that it is teased that Philip trying to help his brother will have consequences. It is also stated that Philip ends up going too far. So, we will have to keep watching the NBC soap to find out what happens next with this storyline.