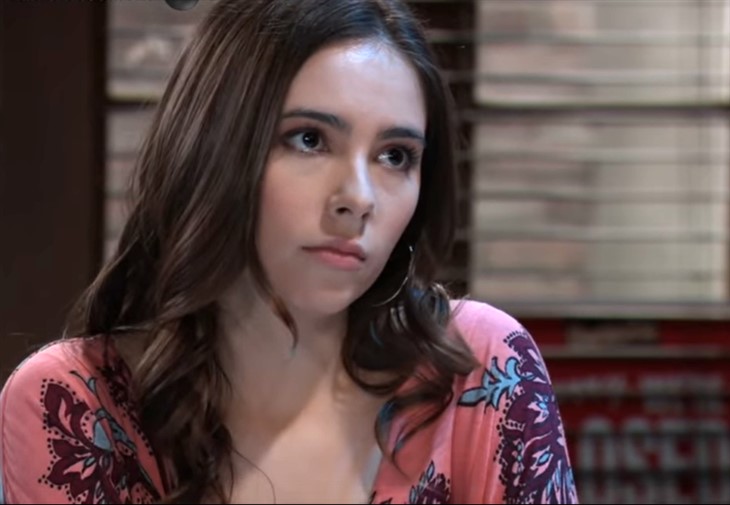 General Hospital (GH) Spoilers suggest that in Port Charles, NY Alexis Davis (Nancy Lee Grahn) will be very helpful to some of the other Pentonville inmates. However, up and coming lawyer, Molly Lansing Davis (Haley Pullos) just may find a loophole in the system that will set her mother free.

General Hospital’s Alexis has already offered to help her cellmate Maggie (Sydney Walsh) with her appeal. However, Alexis may help other inmates as well, including former flame Shawn Butler (Sean Blakemore). Will Molly find some way to use Alexis’ pro bono work while in prison could possibly count as community service and count toward her release. Molly does not want her mother in prison any longer than she has to be. Alexis has been there for her children and they cannot help but want to be there for their mother. Could Molly even find an outpatient program that can get Alexis an early release? Will Alexis accept any type of release since she believes she deserves this punishment?

If General Hospital’s Molly could help her mother to get an early release, she could prove her potential as a lawyer to not only her mother but her professors as well. Molly has always wanted to be the best at everything she does, and this will be no different. Molly has been involved in some other important legal issues, in particular the problems with her landlord a few years ago over their lack of responsibility. Helping her mother is the next logical step for Molly since she is the only one of Alexis’ daughter who has any legal training. Will Molly be able to do what Diane Miller (Carolyn Hennesy) did not accomplish?

General Hospital Spoilers – Alexis Davis Was Out Of Control

General Hospital’s Alexis was completely out of control when she attacked Dante Falconeri (Dominic Zamprogna). However, Dante was not her intended target, and he told the court as much. Alexis was not thinking clearly due to her alcoholism. However, Alexis does have a disease and treatment might be the better option as opposed to prison. Alexis was going to plead guilty originally because she thought she deserved this, however, now that she is in prison, her thoughts on the subject may differ greatly.

General Hospital (GH) Spoilers: Nikolas Goes To The Dark Side As Cyrus Ups His Threatshttps://t.co/6By6c0yT3t

If Molly realizes that Nikolas Cassadine (Marcus Coloma) has involved Cyrus Renault (Jeff Kober) in Alexis’ orbit by allowing him to protect her, Molly could be more determined than ever to get her other out of prison. Will Nikolas be the reason that Molly choses to find an out for her mother? How will Alexis react to Molly’s actions?