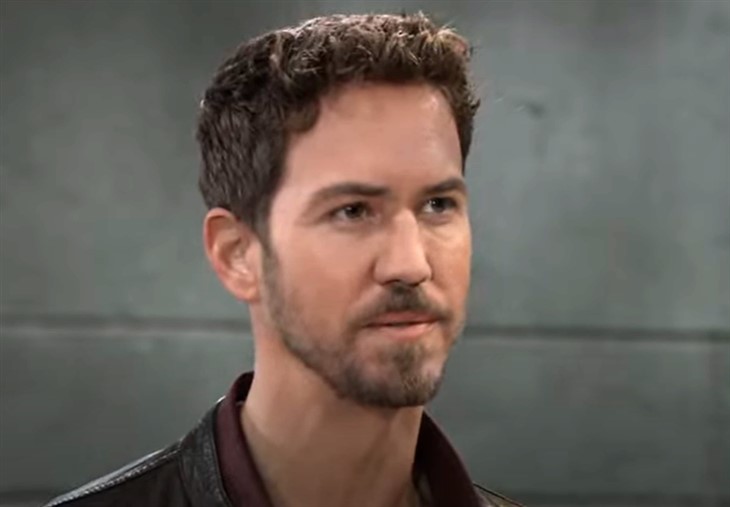 General Hospital ((GH) spoilers tease that Peter August (Wes Ramsey) will deliver a veiled threat to someone in an upcoming episode of General Hospital!

General Hospital viewers will recall that Peter August (Wes Ramsey) attended the court arraignment of Jason Morgan (Steve Burton) under the guise of freedom of speech, flashing his press pass at the guard. Peter was the last person that anyone wanted at that hearing, because not only was Jason framed by Peter, along with Cyrus Renault (Jeff Kober) he was the real perpetrator of the murder of Franco Baldwin (Roger Howarth) which Jason had been charged with!

The judge over Jason’s arraignment denied Jason bail partly because of what Peter had published in “The Invader” about the murder, and also because of Jason’s long record of accusations, although not many were proven in a court of law. One of the only times Jason actually did time was when he got himself into Pentonville in an effort to protect his nephew, Michael Corinthos (Chad Duell). That was because he pled guilty to racketeering, but later was exonerated.

Viewers can be fairly certain that Cyrus was behind the scenes supporting the judge’s decision and Peter as well. But Peter wants to add a little extra layer of security to make sure that frame sticks. After all, he was there when Port Charles District Attorney Robert Scorpio (Tristan Rogers) would not drop Jason’s charges, but did allow him bail. That was a change from his previous stance until Anna Devane (Finola Hughes), his ex-wife and mother of his daughter Robin Scorpio-Drake (Kimberly McCullough) told Robert what she and Jason had on Peter August regarding his being Franco’s murderer, not Jason as he’s been accused of!

GH Spoilers – Peter August Has Many People Working Against Him But He Is Brash And Self-Assured When He Delivers His Veiled Threat To The DA!

General Hospital viewers will recall that Peter has many people working against him who know he killed Franco. There are Anna and Valentin Cassadine, (James Patrick Stuart) Jason, Carly Corinthos, (Laura Wright) Liesl Obrecht (Kathleen Gati) and Scott Baldwin (Kin Shriner)! Mayor Laura Collins (Genie Francis) will soon know as well, if she doesn’t already! Once Peter heard the judge’s refusal to grant Jason bail, he knew that he had to make sure that Robert Scorpio knew exactly what he “is supposed to do and not do” as if Scorpio was going to listen to anything “Heinrik” told him. Scorpio doesn’t take threats lightly, veiled or not, and “Heinrik” should know that.

Peter is maybe a little too self-confident and brash, and perhaps overestimates Cyrus’ “deal” with him. It came with a price and Cyrus only gives people “deals” when it’s in his own best interests! Cyrus had inferred to Peter that he knew EVERYTHING Peter has done, not just the Franco Baldwin murder! Peter goes up to Scorpio and insinuates that if Jason doesn’t “fry” for Franco’s murder there “will be consequences”! Robert refers to him as “Heinrik” to his face and doesn’t mince words when he tells him he doesn’t give in to threats, implied or otherwise. Furthermore, he tells Peter he will go down for HIS crimes, it’s only a matter of time! Peter sneers and scoffs!