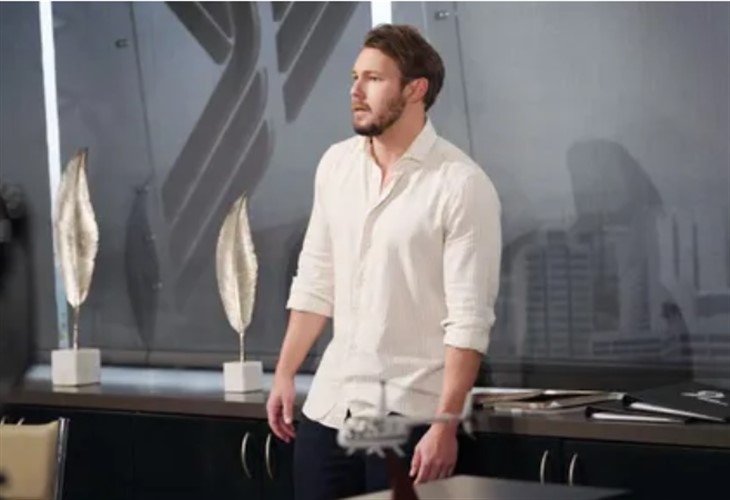 The Bold and the Beautiful (B&B spoilers document that in Los Angeles Liam Spencer (Scott Clifton) is faced with a terrible secret. He accidentally killed Vincent Walker (Joe LoCicero), who had just been released on bail, and his dad wants him to withhold that information from the world, which includes Hope Spencer (Annika Noelle).

It seems hard to imagine that Liam will play the clam indefinitely considering how guilt-ridden he was about the cliff house incident with Steffy Forrester (Jacqueline MacInnes Wood). Along with that, any amount of time that he chooses not to relay what happened to Hope will likely be received as another sign of Liam’s untrustworthiness.

Hope has suffered plenty of angst because of Steffy. She and her rival have been playing for Liam’s attention for many years, often to both character’s deep detriment.

However, both ladies have a child from him. But Hope is the only one of the two who is still fully in love with Clifton’s character.

Steffy and John Finnegan (Tanner Novlan) are sailing above the moon since they learned that the expected baby is theirs. Sinn’s engagement and plans for their life ahead appeared to put Lope on its most solid footing ever. But this accident could kill opportunity like it did Vinny.

Bill Spencer (Don Diamont) instinctively foresaw the endgame. He concluded that the authorities would believe Liam intentionally ran Vinny down because of the recent paternity test switch and reveal reversal.

Bill’s assessment isn’t wild speculation, as the Spencer’s have run afoul of the law in days gone by. However, Bill’s choice to put Liam in the his sports vehicle and leave the scene became an actual crime.

Along with those actions, Bill intentionally damaged Vinny’s cell phone, which he took from the pocket of the deceased, along with his wallet. Bill threw those items into a picturesque California night in an attempt to delay the body’s identification, thereby giving him and Liam more time to deal with this terrible situation.

The Bold And The Beautiful (B&B) Spoilers: Hope Rushes To The Hospital To Help Make A Victim Identification https://t.co/ARsxxv7QxZ pic.twitter.com/BODQSgfp6P

Bill committed the first set of crimes after Liam fainted. But if Clifton’s tortured character does as his father wants, then he will become an accessory in addition to failing to report the accident and Vinny’s death.

This soapy scenario might not be fated, as Bill and Liam are two regular B&B characters. So maybe they get away with it all, or only face a lesser fall. However, jail time for this father and or his son can’t be ruled out as this daytime thriller starts to run.