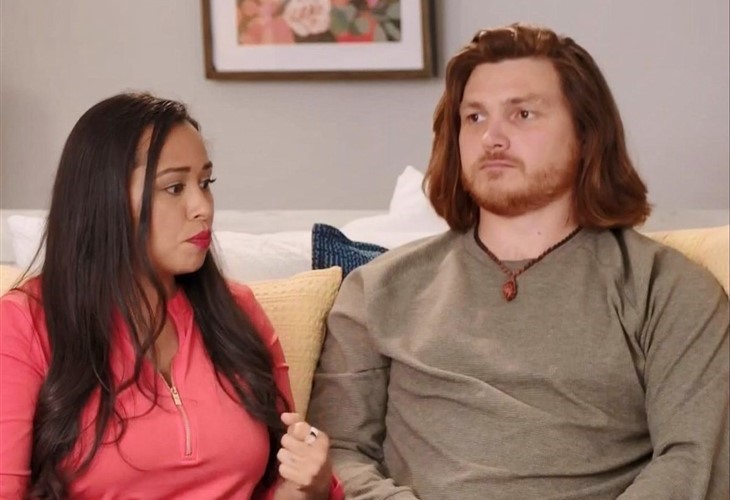 90 Day Fiance star Syngin Colchester has been making headlines after his split with Tania Maduro. Apparently, the two split for unknown reasons. However, others think that a third party was involved in their split.

Syngin has been living his best life since breaking up with Tania. However, he recently admit that he still has a love for his ex. Syngin also hinted that the story behind their split will unfold in The Single Life.

In an Instagram stories post, 90 Day Fiance star Syngin Colchester revealed that he still loves his ex, Tania Maduro. Apparently, a fan asked Syngin about how he felt about their broke up. According to Syngin, Tania is a wonderful person and only wanted the best for him.

Unfortunately, their happy relationship went south after rumored claimed that Syngin cheated. However, Syngin and Tania have yet to share the main reasons behind their split. Tania also remained positive online despite their breakup.

Aside from saying that he still loves Tania Maduro, 90 Day Fiance star Syngin Colchester revealed that everything will be explained in the second season of The Single Life. Due to this, fans can expect some emotional and heartbreaking scenes between the two in the upcoming spinoff.

On the other hand, Tania has warned the fans not to swarm Syngin’s Instagram with questions about their split. Tania also took social media recently showing how she’s living her life without Syngin. Apparently, Tania has been into cooking lately as well as spending time with her friends.
However, fans are hoping that the two will find a way to be together again and overcome their challenges.

90 Day Fiance star Syngin Colchester answered some intense questions during her recent Instagram Stories Q&A segment. However, one of the questions caught the attention of many as Syngin revealed that he wants to date another TLC cast member.

Apparently, a fan asked Syngin if there’s someone from the 90 Day cast that he wants to date. According to Syngin, there’s one woman that he’d like to give a shot.
Syngin didn’t name who it was. However, fans are hoping that it won’t affect his relationships with other casts as well as Tania’s trust in him..