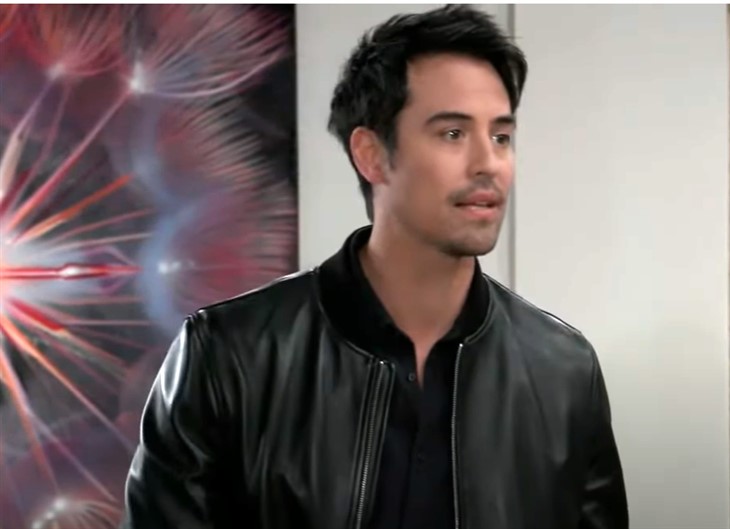 General Hospital viewers will recall that Nikolas never promised miracles to Cyrus, and even admitted to Ava Cassadine (Maura West) that he was making a deal with the devil! Nikolas was willing however, because he wanted to make sure that his aunt Alexis Davis (Nancy Lee Grahn) was safe while in Pentonville Prison. As viewers know, she was sentenced to three years, although that was not as much as she could have been sentenced to for the attempted murder of Franco Baldwin (Roger Howarth) and assault on Dante Falconeri (Dominic Zamprogna).

The case involving Franco was not pursued likely because he was already dead, and Dante spoke up for Alexis so that helped a lot. Alexis, however, may make lots of friends since she already is helping her new cellmate work on her parole case, which she found her studying a stack of law books for when she was brought into her cell. There are always inmates working on parole hearings and appeals, as well as trying to get their cases reopened ala “The Innocence Project”. That is when someone has been convicted of a crime they didn’t commit and lawyers get their cases reopened and reinvestigated. However, Cyrus does have his hit men and hit women inside the walls of Pentonville Prison and Nikolas is well aware – he remembers when Ryan Chamberlain (Jon Lindstrom) was stabbed right after talking to Sonny Corinthos (Maurice Benard) in the phones area!

General Hospital viewers will recall that Nikolas has his own “contacts” that he can call on if he needs to get rid of someone, and there are suspicions that is what happened to Hayden Barnes (Rebecca Budig)! Nikolas begins to think that he may have to contact his sources to get rid of “Uncle Cyrus” and the problem he is quickly becoming. Nikolas has talked to his mother, Laura Collins (Genie Francis) about Florence Grey (Annie Abbott). He knows that she wants nothing to do with her older son, and in fact is somewhat frightened of him! Cyrus may think he has everything handled, but he hasn’t tangled with a Cassadine before!

He has a leverage agreement with Peter August (Wes Ramsey) but Peter is no one’s hit man, even though he has plenty of experience with Cassadines! The one thing that Nikolas does worry about besides Alexis being behind bars, is that Cyrus could find and get to either his sister Lulu Spencer (Emme Rylan) or his son Spencer Cassadine (Nicolas J. Bechtel) and harm them. Then of course there’s his mother, and there’s his wife. Nikolas is not that worried about himself, he has faced worse than Cyrus. He spent the first sixteen years of his life with Helena and Stavros Cassadine, (Constance Towers, Robert Kelker-Kelly) after all. But he knows he has to take action against Cyrus to stop his reign of terror, and he starts making calls!