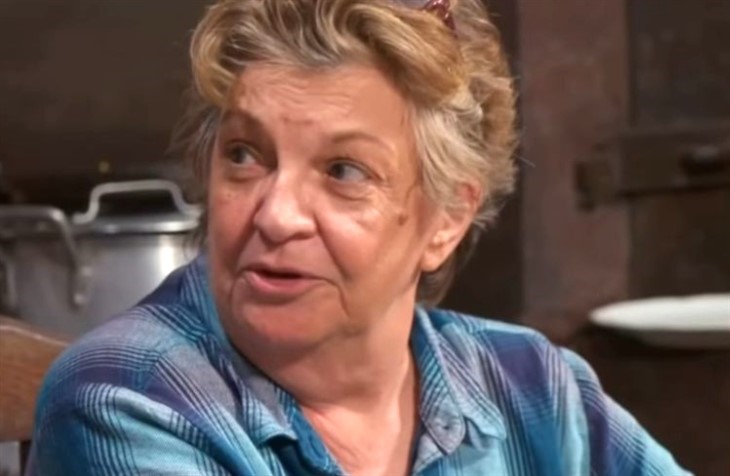 Debbie Johnson has been a controversial character on 90 Day Fiancé. Colt Johnson lives with his mom and she regularly has a hand in ruining his relationships. She was particularly nasty to his last girlfriend, Jess Caroline. However, they have since broken up and Colt has moved on with his long-time family “friend-with-benefits,” Vanessa Guerra. For her part, Jess is now happily married to musician Brian Hanvey. So, why now does Debbie believe that Jess has sent her a DM, telling her to not interfere in Colt’s love life and asking her to kill herself?

Zara Ali has the Instagram handle @baby_girl_10177 on her private account and only 85 followers. Debbie’s mind must have been racing after receiving such a shocking message. 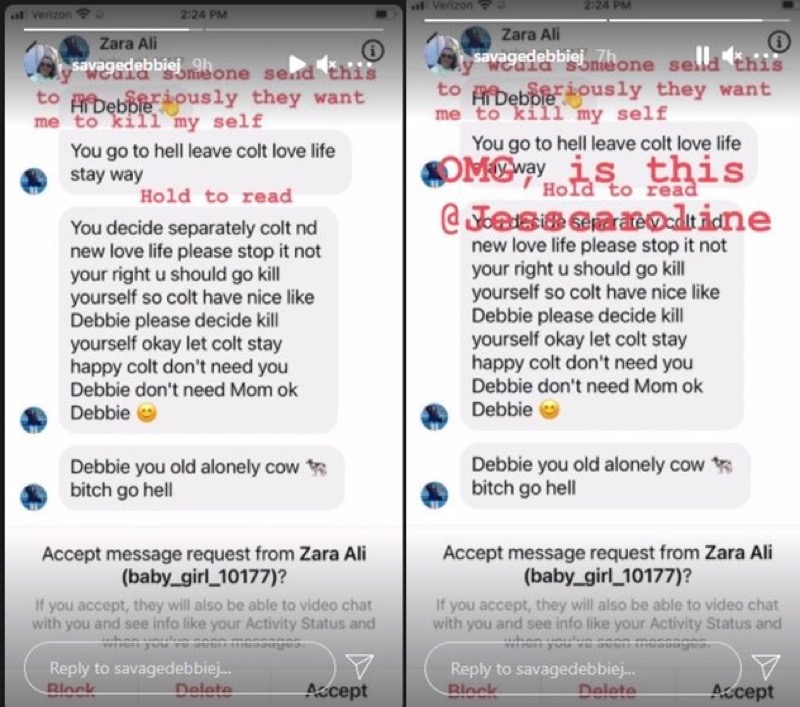 Colt’s mom wrote in her Instagram Story, “Someone sent this to me. Seriously they want me to kill myself.” Suddenly, it struck her and she wrote, “OMG, is this @Jesscaroline?” Admittedly, Jess was pretty nasty to Debbie on the 90 Day Fiancé tell-all. However, as mentioned, she has moved on with her handsome husband, Brian Hanvey.

Admittedly, Jess and Brian were recently invited to spend time with Colt and Vanessa. At the time, they both apologized to her for their affair while Colt and Jess were together. However, why would she send such a message to Debbie out of the blue? If she is happily married, it doesn’t make sense that she would want Debbie to take her own life, despite their past relationship.

Admittedly, the English in the message isn’t the greatest and the Brazilian beauty doesn’t have a full grasp of the language.

What do you think, readers? Do you believe Jess Caroline would send such a nasty message to Colt’s mom, Debbie?