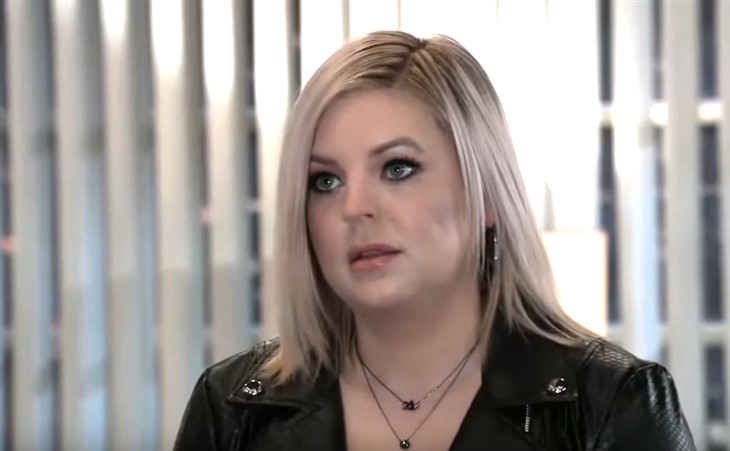 General Hospital (GH) spoilers reveal that Monica isn’t the only one who thinks Maxie’s attachment to the baby everyone thinks belongs to Brook is a little disturbing. Nina thinks so too and sits down with Maxie to have a frank talk with her.

Maxie (Kirsten Storms) feels maybe she needs a break from Port Charles so that she stays away from Louise and doesn’t mess up her own plan to protect the baby from Peter (Wes Ramsey), so she goes to Nina (Cynthia Watros) and asks her all about how her own break went in Nixon Falls. When Nina feels Maxie wants to join her there, she panics because she can’t have Maxie learning Sonny (Maurice Benard) is alive. So, she tries to tell her she has her own support system in Port Charles.

Soon, Maxie learns that Nina had been visiting with Valentin (James Patrick Stuart) and asks way too many questions about the baby, alarming Nina. So Nina tells her that the baby needs to be with Brook Lynn (Amanda Setton, her mother, and Maxie needs to not obsess over her so much. She even worries Maxie may kidnap the baby. That’s when Maxie blurts out that she is the baby’s mother and Nina thinks Maxie is crazy at first until Maxie just lets the whole sordid story flow.

While Nina understands what Maxie did to protect her baby from Peter because mothers will do anything to protect their children, Nina is also worried about Valentin. He is her ex-husband and no matter what he did, he loved her once and she loved him. She can also see how attached Valentin is to a baby who is not really his. When Maxie asks Nina to keep all this a secret, Nina certainly wants to but she knows it’s not right to hurt Valentin like this and points that out to Maxie.

Can Nina keep Maxie’s secret no matter how much this is wrong to do to Valentin? Can Maxie stay away from Bailey Louise while Peter is still out there in her mind but allegedly dead in Elizabeth and Finn’s minds? Stay tuned to General Hospital weekdays to find out.