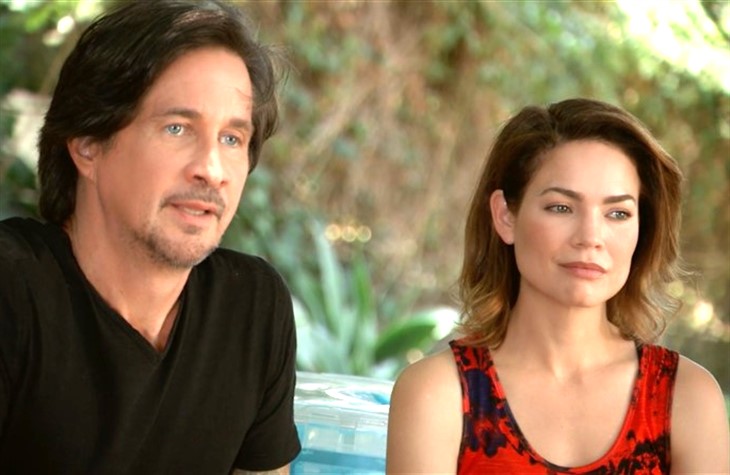 General Hospital (GH) spoilers tease that in Port Charles, NY the curtain is falling on Liz Webber (Rebecca Herbst) and Hamilton Finn’s (Michael Easton) charade and they could do something drastic to save themselves.

It seems like everyone knows a piece of their story, of what really happened to Peter August (Wes Ramsey) at their hands. Will they manage to survive the consequences of killing the bad guy and covering up his death?

Anna Devane (Finola Hughes) loves Finn and she has figured out his involvement with her late nephew’s demise. Will she turn him in? The answer to that conundrum is coming up and it could surprise you.

Hughes talked to Soap Opera Digest about the red hot storyline and previewed how Anna handles this sensitive situation. “She knows. She just puts it together and so she goes to him because she knows that she can help him if she can get out ahead of it,” says Hughes.

GH Spoilers – Anna Devane Must Act Out Of Love

But Finn is a moral man and his conscience is eating away at him. Will Anna be able to save him from himself? At the same time another player has entered the scenario, Jason Morgan (Steve Burton). Unlike Finn, Jason has zero conscience and is ready to do whatever it takes to keep Liz safe and out of harm’s way.

But could Jason make matters worse with his strong arm, tough guy tactics? Finn has told Liz not to involve him but she does anyway and what happens net could backfire on everyone.

According to Hughes, she and Easton have some sensational scenes coming up in which Anna confronts the good doctor about what she knows he did. Instead of putting him on blast she basically lets him know that she knows what he knows, but that he never has to say a word about it.

“She wants to trouble shoot it … even though its going to compromise her, because it puts her in a really bad position.”

Explosive show spoilers reveal that good girl Anna and bad boy Jason will actually join forces to save their loved ones. But the outcome is one no one could have seen coming. What happens when the two of them go to the sub-basement looking for Peter? It’s a scene right out of a horror movie GH fans!