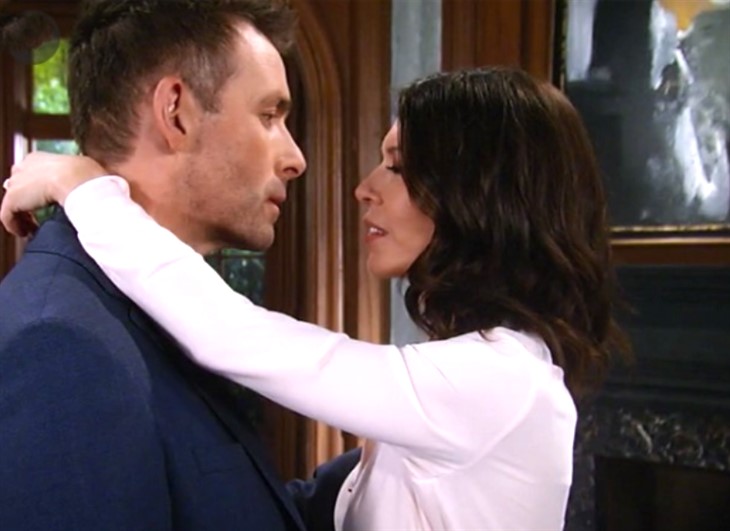 General Hospital (GH) spoilers for Tuesday, July 6, 2021, reveal Anna and Valentin taking what they built last week when they got stuck in a storm and building on it. Will they also take advantage of Port Charles’ Fourth of July fireworks?

Anna Devane (Finola Hughes) and Valentin Cassadine (James Patrick Stuart) came so close to kissing last week but of course, it was a near-miss because there always needs to be a near-miss before an actual first kiss. It was clear that the thing Valentin wouldn’t even call a friendship a few weeks ago has grown into much more.

The pair run into one another again in time for Independence Day and Anna looks like she’s ready to play baseball — or at least softball. Spoilers reveal that they also get caught up in the moment. Does that first kiss finally happen and will it lead to more than that?

Britt (Kelly Thiebaud) is certainly ready for more fireworks after her unexpected night with Jax (Ingo Rademacher). In fact, she makes plans to see him again. She’s not sure if this is a friends with benefits situation or a one-night stand but after what Jason (Steve Burton) did to her, she is just determined to have fun. We’re also sure Jason seeing her with Jax of all people will sting, but them’s the breaks when you’re marrying Carly (Laura Wright).

Speaking of Carly, she can’t wait to tell Josslyn (Eden McCoy) that she is going to marry Jason. Too bad neither one of them knows what Joss’s father has been up to. We’re sure Carly won’t appreciate Jax’s latest activities.

Maxie (Kirsten Storms) and Brook Lynn (Amanda Setton) seemed to have a great agreement last week. Maxie could see her baby easily at Crimson if she and Brook Lynn both work there and Brook brings the baby to work.

Somehow, Maxie ends up back at the Q mansion on Tuesday and she and Brooke have a confrontation. How worried is Brook that Valentin might start suspecting things the more Maxie starts hanging around? Stay tuned to General Hospital weekdays to see how these stories play out.