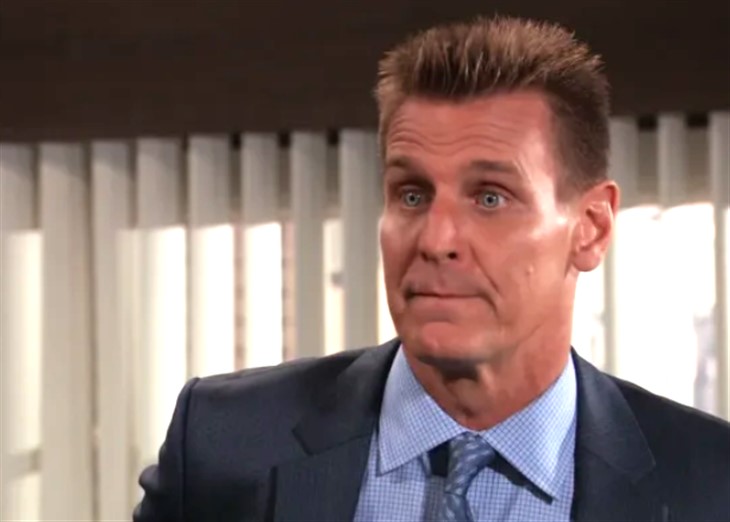 General Hospital spoilers for the week of May 10 reveal that Jasper “Jax” Jacks (Ingo Rademacher) is concerned. He feels that Carly Corinthos (Laura Wright) is putting Josslyn Jacks (Eden McCoy) in danger. He confronts Carly and may have an idea on how to keep Josslyn safe. However, Carly probably won’t agree to part with her daughter despite the risks.

GH spoilers reveal that Carly has her hands full. Josslyn is about to enter college, so she’s not a little kid anymore. However, her safety is still a major concern as Carly continues her battle. This week, we saw Carly put her plan into action, which ultimately led to Jason Morgan’s (Steve Burton) escape. However, Britt Westbourne (Kelly Thiebaud) went with him. There were a lot of complications during the escape plan.

Cyrus Renault (Jeff Kober) is furious and wouldn’t hesitate to send a message using an innocent teenager. Carly is doing what she feels she had to and Jax likely will understand that. However, his primary concern above everything else is ensuring Josslyn is safe. While Carly was executing the escape plan, she thought Josslyn was in one place. However, she was somewhere else entirely.

General Hospital spoilers for the week of May 10 reveal that Jax and Carly will have a tense discussion about Josslyn. Jax will bring up Josslyn being endangered because of Carly’s actions. He will also mention that Carly had no clue that Josslyn wasn’t at her meet. Jax told his daughter to call Carly and let her know, which she did. Carly wanted answers but her focus was on the complications with Jason’s escape. She pretty much told Josslyn that they were going to talk about it but not at that moment.

Jax may feel that Carly isn’t just endangering Josslyn. He might also feel that Carly is so focused on Jason, Cyrus, and everything else that she’s not paying attention to Josslyn. She didn’t even know Josslyn wasn’t at the sporting event. In the past, Carly would have made sure to know where Josslyn was at all times. She’s not intentionally being neglectful. She also has no intention of putting her child in danger.

However, that is how Jax sees it. He might even go as far as to issue an ultimatum. However, what will Carly do when she is forced to choose? Knowing her, she is not going to take Jax’s demand and ultimatum very well. She will fight with everything she’s got and believes that her way is the right way. But at some point, she has to agree with Jax. That Josslyn could be targeted and she needs to do something to keep her safe.

The Bold And The Beautiful (B&B) Spoilers: Wyatt Learns Deadly Secret, Crosses Bill To Save Liam?