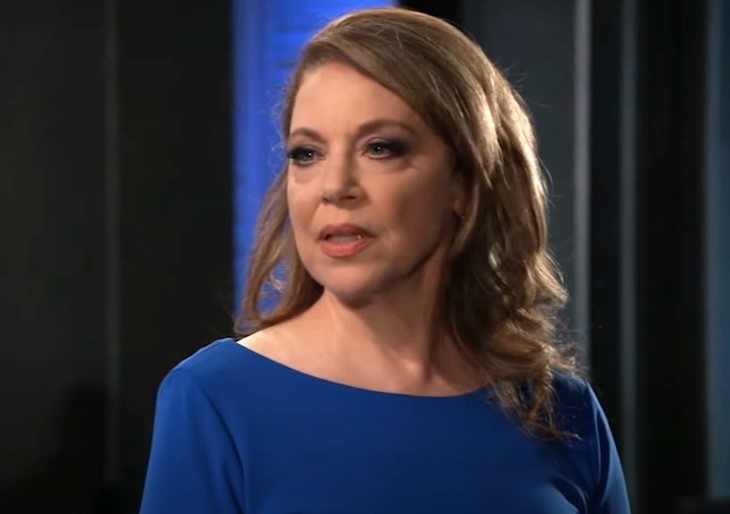 General Hospital (GH) spoilers say that unfortunately for Obrecht (Kathleen Gati), she just can’t enjoy a romantic night out without some sort of drama happening behind her back. Well, that’s exactly what she will face in the coming days. During her night out with Scott Baldwin (Kin Shriner), she finds out that her daughter Britt Westbourne (Kelly Thiebaud) has gone missing. Someone, sound the alarm! Read on for all of the latest spoilers.

According to the latest edition of Soap Opera Digest, Scott and Obrecht’s romantic evening celebrating their relationship goes sour when they hear the news that Britt is nowhere to be found. This, of course, is horrible news for Obrecht on two fronts. Not only was she looking forward to getting to spend some time with Scotty, but now she has to go in full mama bear mode to find her daughter!

Kathleen Gati, who plays Obrecht on the hit ABC soap, puts it this way to Soap Opera Digest, “Obrecht is cautiously elated about this new romance. Scotty – she is warming up to calling him that – is the first and only man that has been there for her when she needed him the most.”

General Hospital spoilers say that their hot date is interrupted when they get a call from Liz telling them that they need Scott’s help with a crisis unfolding at General Hospital.

Kathleen continued, “Scott and Elizabeth tell Obrecht that Britta may be involved in a shooting incident related to the high-risk efforts to bust Jason out of police custody and may be in trouble. She is beyond worried.”

If that weren’t enough, General Hospital spoilers also tease that Obrecht’s worst fears come about when Cyrus Renault (Jeff Kobler) tends her that he intends to use all of his resources to track down Britt, who has gone missing. Of course, if there is anyone who can smell a rat from a mile away, it would definitely be Obrecht. She is not going to let this happen, or at least not on her watch!