The Bold And The Beautiful (B&B) Spoilers: Wyatt Learns Deadly Secret, Crosses Bill To Save Liam? 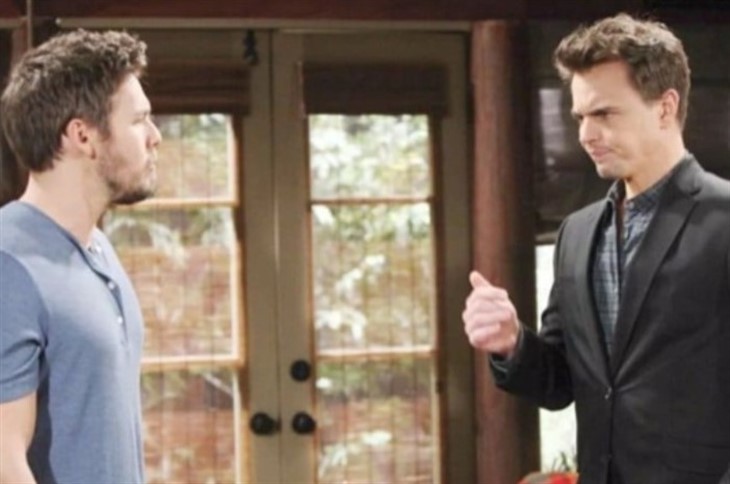 The Bold and the Beautiful spoilers reveal that Bill Spencer (Don Diamont) and Liam Spencer (Scott Clifton) will be cornered. Wyatt Spencer (Darin Brooks) knows something is wrong with Liam. Wyatt confronts his family and begs them to explain what’s going on. He wants to help protect his family. However, he might have a different reaction when he learns it’s murder.

The Bold And The Beautiful Spoilers – Wyatt Spencer’s Suspicions

B&B spoilers reveal that there have been a few different times when Wyatt was suspicious of Bill and Liam. He would walk in and suddenly Bill and Liam would stop talking. At the time, Liam and Hope Logan Spencer (Annika Noelle) were still separated. So, he assumed it had to do with Liam’s love life. However, he just went home to Hope, so this makes Wyatt wonder what’s going on. Once he looks at Liam’s face, he knows it is something really bad.

Bill is a man who always has a reason, justification, excuse, story, or speech. So, when Bill goes completely quiet, that’s a sign that something is up. Of course, it’s not just Bill not saying any verbal words. It’s the silent stance too. Looking away, arms crossed and legs standing slightly apart. It’s body language for “back off or else.”

The Bold and the Beautiful spoilers reveal that Wyatt will interrupt another heated discussion between Bill and Liam. Liam’s face says it all and Wyatt knows that something serious is happening with his brother. He urges Bill and Liam to just tell him what’s going on. Brooks explained to Soap Opera Digest that if there is a problem with Liam, he wants to help too. However, Wyatt might change a change of heart once he learns that the secret is murder.

B&B Spoilers – Only One Way Out

Even though Wyatt has done some shady things in his past, we can’t see him agreeing to hide this secret. One thing about Wyatt these days is he seems to look at both sides of an argument. He can understand and even agree with them. However, he also has developed some foresight. He knows that Bill thinks he is protecting Liam, but it’s really just going to blow up even worse. We have a feeling that Wyatt won’t rate out his brother but will convince him to confess. The only issue is that Liam might be slightly more terrified of Bill.

What do you think Wyatt will suggest when he learns the deadly truth? Will he side with Bill and tell Liam to keep quiet? Or will he think it’s better to just tell the truth and face the consequences?