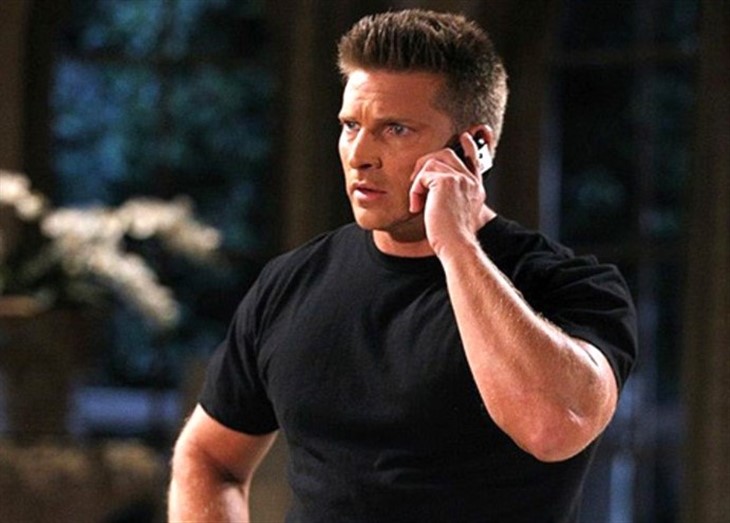 General Hospital (GH) spoilers say that the week beginning Monday, March 8th is going to be yet another one full of twists and turns for our favorite residents of this always chaotic but never boring town of Port Charles. In fact, there are going to be people who will be making discoveries, looking for advice, and of course, desperate to get out of the situation they are in. Read on for all of the latest spoilers.

General Hospital Spoilers: Jason Is Trying To Understand the Facts While Sam Is Left In Disbelief

General Hospital spoilers tease that the week will kick off with Jason Morgan (Steve Burton) realizing that he can’t ignore the facts that are right in front of him. Elsewhere, Maxie Jones (Kirsten Storms) will get some sound advice, but she’s not sure if she should apply it to her current situation.

On Tuesday, March 9th, Elizabeth Webber (Rebecca Herbst) is desperate for help, but unfortunately the person she needs the most is not there for her. Meanwhile, Jason will make a discovery while Alexis Davis (Nancy Lee Grahn) will ask Valentin Cassadine (James Patrick Stuart) to tell her the truth. But is he willing to do it?

Moving on, Jordan Ashford (Briana Henry) will meet with Liz on Wesneday, march 10th, while Josslyn Jacks (Eden McCoy) will check up on Cameron Webber (William Lipton) to see how he is doing. During that same time, Laura Spencer (Genie Francis) will remind Carly Corinthos (Laura Wright) that she needs to keep her guard up.

Towards the end of the week, Sam McCall (Kelly Monaco) will be left in disbelief, while Anna Devane (Finola Hughes) finds out that she has a lot in common with someone that she was never really close with. Harrison Chase (Josh Swickard) realizes that some thing were never meant to be and decides to start a new chapter in his life. Of course, General Hospital fans will have to tune in for all of the action! GH airs weekdays on the ABC network. Check your local listings for itmes.

Let us know your thoughts on this story in the comments section below. Are you a fan of daytime television? Be sure to catch up on everything happening with General Hospital right now. Come back here often for all the latest General Hospital news, and updates.

The Young And The Restless (Y&R) Spoilers: Mariah Under Pressure With Two Responsibilities – Abby Oblivious