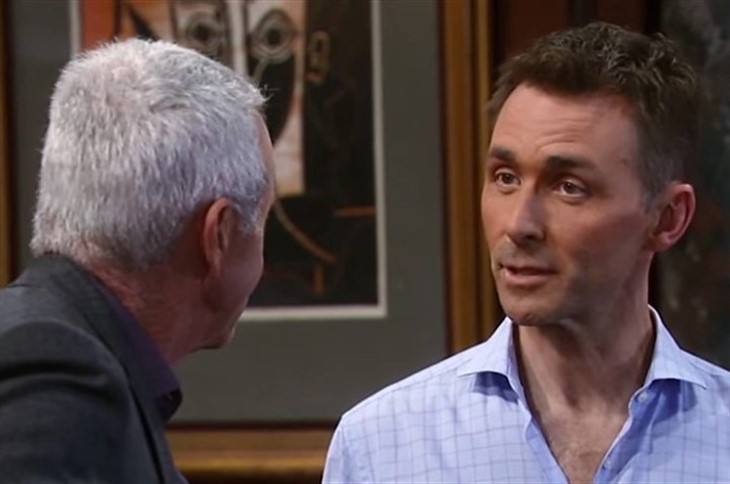 General Hospital’s Valentin has tried everything he could think of to convince Maxie that Peter is not the man she thinks he is. Maxie doesn’t believe a word that Valentin has to say. However, Maxie knows that Valentin has supported Peter from day one. Maxie has to wonder why Valentin has turned on Peter all of the sudden. However, Anna Devane (Finola Hughes) would have told Maxie if all this is true, wouldn’t she? Maxie can’t believe that Anna would go along with the lies that Peter has pulled off. Valentin has to be lying and Robert simply hates Peter. Maxie believes Robert would back anyone who wants to take Peter down but Anna will reassure her.

General Hospital’s Robert is forced to call Anna in for backup because Maxie doesn’t believe anything against Peter. However, Maxie is reluctant to believe what Anna tells her as well. Anna explains that she wanted to believe Peter too. Anna wanted Peter to be the right man for Maxie. Anna wanted Peter to be her son and the man worthy of her goddaughter. Ironically, even Anna was forced to admit that she was wrong. Anna tells Maxie everything that Peter did including killing Drew Cain (ex-Billy Miller). Still, Maxie has her doubts. Who will be the one to convince Maxie that Peter has been lying all along? Will Maxie believe anyone about Peter’s crimes?

There is only one person who knows the depths of Peter’s crimes and that is General Hospital’s Franco Baldwin (Roger Howarth). Franco had the unique opportunity to gain insight into Drew’s brain when he received his memories. Franco also made a video while he thought he was Drew detailing everything Peter did to kidnap him. If Maxie refuses to believe her family, will she believe the man who once took advantage of her? Will Maxie believe the man who has kidnapped and tried to blow up her best friend? Could Maxie take the word of the man who pretended to raped Maxie’s friend Sam McCall (Kelly Monaco)?

General Hospital’s Robert and Valentin have tried their best to convince Maxie to stay away from Peter. Will Franco be the one person who convinces her they are right? Are Drew’s memories the key to exposing Peter for the criminal he is?