The Young And The Restless (Y&R) Spoilers: Mariah Under Pressure With Two Responsibilities – Abby Oblivious 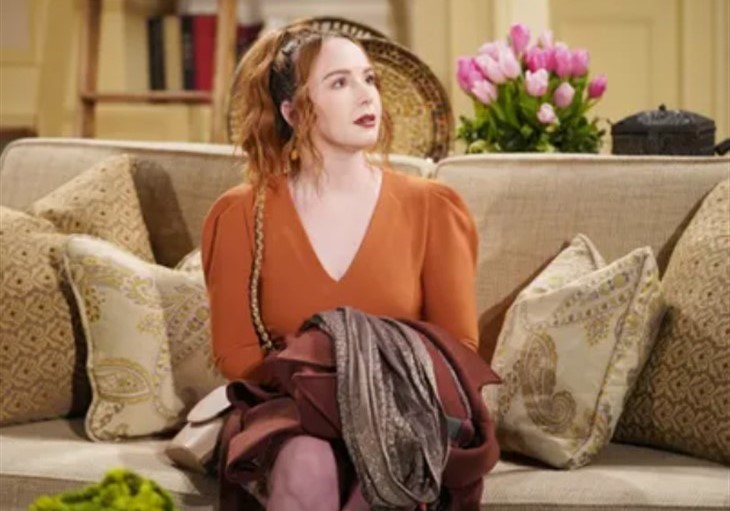 The Young and the Restless (Y&R)  spoilers document that in Genoa City, Wisconsin Mariah Copeland (Camryn Grimes) has agreed to be Chabs surrogate mother. That alone is enough responsibility  to prepare for.

Along with the above, Kyle Abbott (Michael Mealor) again confided in Mariah. His tell, about being the father of Tara Locke’s (Elizabeth Leiner) son, is life-altering and too much for any friend to be asked to keep secret.

Meanwhile, Abby Newman Abbott Chancellor (Melissa Ordway) is happily moving ahead with the baby plans that Chance Chancellor (Donny Boaz) endorsed before Y&R oddly wrote him out of the show.

The Young And The Restless Spoilers – The Baby Comes First

Preparing to carry a child, in the form of surrogacy, is no simple matter. Mariah will need to fully focus on this first-time pursuit that will also represent her first childbirth.

Abby is overjoyed that Mariah has agreed to be part of Chabs’ baby plan. Her agreement fits with Abby’s past ask about being the Maid of Honor at the wedding, which viewers recognized the moment the surrogacy request was made.

So, Mariah has to think about the baby she’ll be carrying, rather than Kyle’s child. But she is his friend and wants to help however possible.

Richard Burgi (Ashland Locke) has just been cast. The daytime veteran will debut as this much-hyped villain later this month.

Tara claims that she had a DNA test conducted, implying that Ashland’s genetic material was not a match for Harrison Locke’s (no actor known to be cast for this role). Kyle should pursue a paternity test, which is something that Mariah should encourage him to do.

Mariah should also push Kyle to tell Summer Newman (Hunter King) the unadulterated truth about the entire New York story, which includes Theo Vanderway’s (Tyler Johnson) full dish that was recently offered. Doing so would give Kyle the true confidant he needs and added strength in keeping Sally Spectra (Courtney Hope) at bay.

Yes, Mariah is Kyle’s friend and a trusted source. But fear drove him to urge her not to tell Summer or Tessa Porter (Cait Fairbanks) about this issue. He needs to release Mariah from that unreasonable verbal contract as soon as possible.

Abby is happy that Devon Hamilton (Bryton James) is addressing legal issues with Amanda Sinclair’s (Mishael Morgan) help. She’s happy to have Katherine Chancellor’s (Jeanne Cooper) grandson as a donor. That, along with Mariah’s agreement to help, projects to a baby possibly being born by the end of this year.

Choosing to dive into this issue head-on makes sense, as it allows Abby to divert her thoughts. Chance’s absence is the great unknown. So, hopeful plans are being made with their kind-hearted friends.