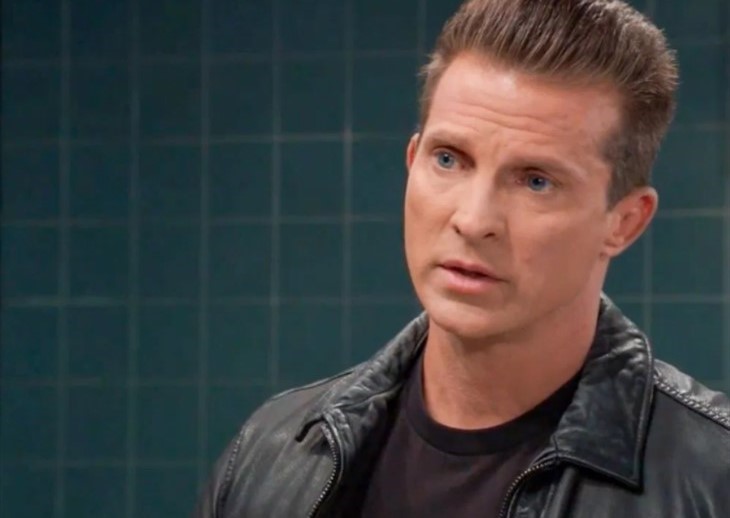 General Hospital (GH) spoilers suggest that in Port Charles, NY Jason Morgan (Steve Burton) could get caught with Franco Baldwin’s body. Can Jason prove his innocence when it comes to Franco’s murder?

General Hospital Spoilers – The Odds Are Stacked Against Jason Morgan

General Hospital’s Jason Morgan (Steve Burton) is facing an uphill battle when it comes to proving his innocence when accused of killing Franco Baldwin (Roger Howard). However, Jason is innocent this time and must find a way. Franco has attacked Peter August (Wes Ramsey) who could get away with his murder as self-defense. However, Peter could very well see an opportunity that he cannot pass up here. Peter wants to stop Jason who he knows will come after him over Drew Cain’s (ex-Billy Miller) death. If Peter frames Jason for a murder he can literally kill two birds with one stone. Peter cannot pass up the chance to stop Jason before he can kill him. Will Jason be able to prove his innocence?

General Hospital’s Sam McCall (Kelly Monaco) has even tried to reach Jason and she can’t. Unfortunately, Sam cannot lie and says she talked to him because Dante Falconeri (Dominic Zamprogna) was with her when she tried to call. Sam cannot be Jason’s alibi, however, Carly may be able to help him there. Carly was at the Quartermaine mansion. Of course, depending upon how quickly Carly leaves, she may be able to say she was with Jason. Nina Reeves would certainly kill her story if given the chance just to cause Carly more grief. Jason is going to need help to prove his innocence somehow, but who will that be?

General Hospital Spoilers – Too Many People Know About This Deal

General Hospital’s Franco has told too many people about the deal he made with Jason. Franco even asked Scott Baldwin (Kin Shriner) to draw up a paper clearing Jason of any wrongdoing. Of course, Scott refused to do as Franco asked. Liz Baldwin (Rebecca Herbst) knows about the deal as well and has vowed to make Jason pay. Even if Franco had legal paperwork saying he asked for this, Jason would not be cleared. Jason would have to solve the case to clear his name. However, if Jason is in jail awaiting trial, how is he going to do that?

General Hospital’s Jason could be facing an uphill battle when it comes to proving his innocence. However, the truth will eventually come out. What will happen to Sonny Corinthos’ (Maurice Benard) family and business while Jason is fighting for his freedom?