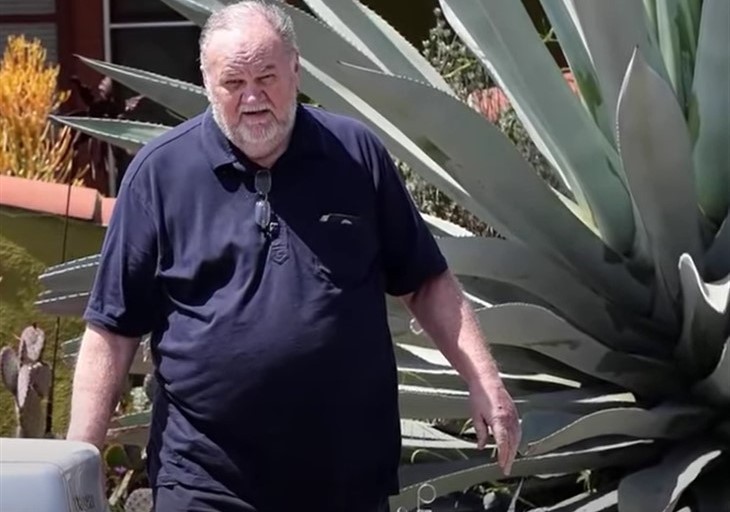 British royal family news reveals that Meghan Markle, Duchess of Sussex’s estranged father Thomas Markle is one of her many targets punching back after she name dropped him in her bombshell Oprah interview. Thomas Markle is set to tell his version of events regarding Meghan’s claim that he “betrayed” her on the ITV breakfast show GMB tomorrow morning.

Meghan, aka the Duchess of Sussex, aka “Princess Pushy” made the shocking claim in footage aired on Monday from Sunday’s tell-all interview.

GMB host Piers Morgan went on Twitter to announce: “Meghan Markle trashed her dad on US TV today. On tomorrow’s Good Morning Britain, Thomas Markle will give his first exclusive interview in response.”

What did the estranged daughter say about her father who had to miss her wedding after reportedly suffering a heart attack? She bragged that she would never hurt her son Archie the way her own father “betrayed” her before the royal wedding.

Meghan said she, “found it hard to reconcile,” after he spoke to the media, exactly like she spoke to Oprah.

A heavily made up Meghan spilled to Oprah, “I look at Archie, I think about this child, and I genuinely can’t imagine doing anything to intentionally cause pain to my child.”

She then brought up her mother Doria Ragland, and praised her for remaining, “in silent dignity for four years.” Apparently Meghan thought it was time for that dignified four year silence to be broken because she spilled a ton of incendiary claims against the UK press, the royal family, and Kate Middleton among other things.

At the same time Meghan also saw fit to put space between herself and sister Samantha, who has released written a book about their relationship.

Even though Meghan talked freely about her family and about Harry’s family, she threw shade on Samantha for doing the same saying, “I think it would be very hard to tell all when you don’t know me.”

Meghan went so far as to say that she grew up, “an only child.

According to Meghan, Samantha changed her surname back to Markle only after Meghan snagged her Prince Charming, Harry. Nonetheless, Samantha’s book was only released this year, so if she was looking to profit off her name, she sure took a long time to do it.