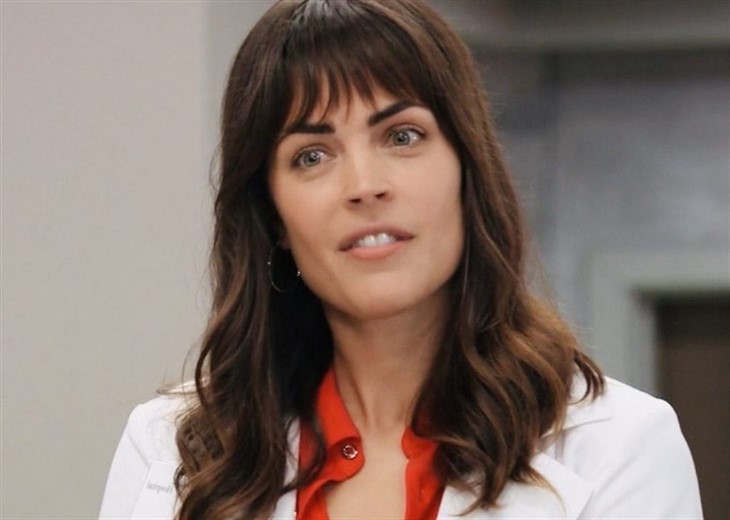 General Hospital (GH) spoilers tease that Dr. Britt Westbourne (Kelly Thiebaud) has changed quite a bit since the first time she was in Port Charles. The woman who took another woman’s child to raise as her own is not the same woman who is the current Chief of Staff at General Hospital today. Her time in prison and her experience trying to take down Cyrus Renault (Jeff Kober) has clearly changed her for the better. But how would the return of her previous partner in crime, Brad Cooper (Perry Shen), impact her behavior now? Will Brad soon be returning to the halls of the hospital.

General Hospital Spoilers – Brad Cooper Could Get Out Of Prison Any Day Now!

Brad is currently serving time for his role in the baby switch that kept Michael Corinthos (Chad Duell) away from his own son for the first two years of his life. While the whole thing was the brainchild of Nelle Benson (Chloe Lanier), it was Brad who took the brunt of the blame. But Brad has paid for his crimes, and was almost killed by Cyrus’ men in order to keep him from also naming Julian Jerome (William DeVry) as a part of the conspiracy to keep Michael from his son. Britt saved Brad’s life when he was brought into the hospital and she wanted to make sure Brad was protected from further aggressions. But Brad is likely to be released in the near future.

If and when Brad is released from prison, he will need a job. Would General Hospital actually rehire him? In most circumstances, the answer would be a resounding “no”! But since Britt is the Chief of Staff, at least for now, she might just rehire her best friend. This move would surely cause quite a stir within the hospital’s ranks, with employees such as Elizabeth Webber (Rebecca Herbst) quite opposed to the very thought of it. And with good reason.

General Hospital Spoilers – Brad Cooper has been known to tamper with hospital records.

Brad has been known to alter hospital records for his own gain. Such behavior should make a return to General Hospital impossible. But Britt may see things differently. Putting aside how close she is to Brad, Britt has obviously worked to become a better person. Perhaps she might want to give Brad the same chance that she has been given. But how many chances does Brad deserve. This will likely become a major issue at the hospital.

Will Brad be released from Pentonville in the near future? Will he try to return to General Hospital? Can he be redeemed the same way that Britt has been? Leopards rarely change their spots in Port Charles so stay tuned to General Hospital airing weekdays on ABC. And don’t forget to check back right here for all your General Hospital news, information and spoilers!

Days Of Our Lives (DOOL) Spoilers: Will Nicole Get The Goods On Sami – Kristen Lets Loose