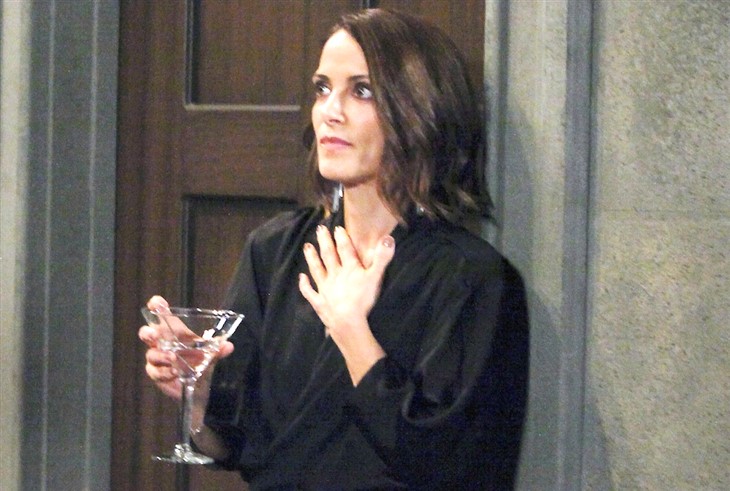 General Hospital (GH) spoilers reveal that freed prisoner Shawn Butler (Sean Blakemore) is determined to track down the person who should have gone to jail, instead of him, for shooting Hayden Barnes (Rebecca Budig).

Shawn has been working with Sam McCall (Kelly Monaco) to get to the bottom of the riddle and it looks like Nikolas Cassadine (Marcus Coloma) could have some explaining to do.

Naomi will also get to spend time with the granddaughter that Hayden abandoned, Violet Finn (Jophielle Love). We also hear that in so doing she will play a part in what looks to be a budding relationship between Liz Baldwin and the girl’s dad Hamilton Finn (Michael Easton).

Will Naomi be yay or nay to this potential pairing? Her opinion could make a difference since Liz is Hayden’s sister and she may feel compelled to mind her manners. Then again, Liz is lonely and in cahoots with the dashing doctor.

Will Hayden’s mom have the crucial answers everyone is looking for? Where is Hayden and who was the actual shooter? Even if Naomi knows the answer to these questions, she may not want to give her daughter up, at least not in the beginning. If she gets worried about Linn she may change her mind!

Fans are predicting that with Naomi’s return it’s inevitable that Hayden shows up sooner or later. If and when that happens Nikolas will have his work cut out for him!

Fans know that dark prince Nikolas was the one who ordered the hit that nearly killed Hayden. Instead of dying she was left comatose and we’re pretty sure she’ll want some payback for that dirty deed.

After the shooting and coma Hayden believed that she and Violet were in danger. That’s the reason why she left Port Charles and left her daughter with Finn. In the intervening time Finn and Violet have bonded and the girl came to see Anna Devane (Finola Hughes) as a sort of surrogate mom.

How will Violet feel about her mom returning after all this time? She is precocious and she may have a bad reaction to seeing her mom who she believes abandoned her.